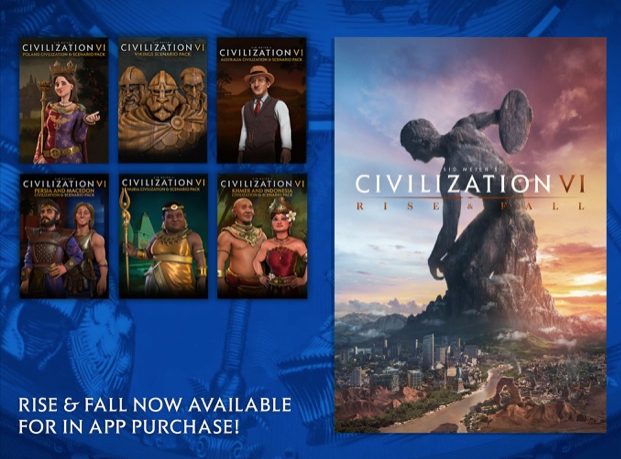 In addition, a free update for all players going out on August 24 will introduce cross-platform cloud saves to the iOS version of the game for the first time, letting players who own the game on multiple platforms play compatible save files on-the-go between their favorite devices.

To celebrate the launch of Civilization VI – New Frontier Pass on iOS, the base game and all in-app purchases are on sale for up to 50% off until August 31. Players can try the base game for free for 60 turns, and buy it at a special price of CAD $6.99 as part of the launch sale.