Simon Tian, the 21 year old Montreal based entrepreneur and CEO of Neptune Computer, who released his first ‘Neptune Pine’ smartwatch a couple of years back following a massively successful Kickstarter funding, is getting ready to shake up the market once again with his second smartwatch launch called the ‘Neptune Hub’. According to The Globe And Mail, the Hub is a smooth, curving bangle with a 2.5 inch screen, 64 GB of memory, a quad core processor and its own SIM card slot for 3G/4G wireless connectivity. 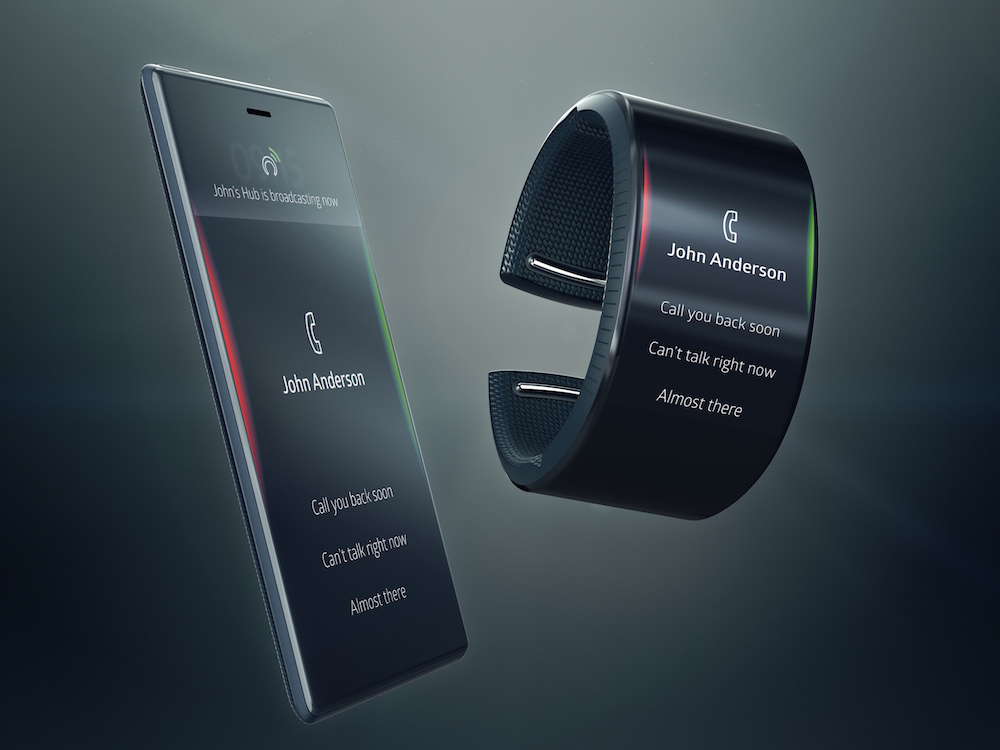 What sets the Hub apart from its competition is that instead of a phone, it comes paired with the Neptune Pocket, a 5-inch screen that functions as a secondary control device for the Hub, and has an 8 MP camera on the back and a 2 MP camera on the front. The Neptune Duo is a bold departure from current wearable tech design because “it aims to make both your smartphone and any competitor smartwatch obsolete”, says Mr. Tian. “You can sense the ambition here,” he said during a press tour in Toronto last week.

“My goal is to create a new brand that can stand on its own. If I can even grab 0.5 per cent of the market, we’ll be a huge business.” That doesn’t deter Mr. Tian. His first smartwatch, the Pine, was even more of a long shot. He was 18, still in school at the private Marianopolis College CEGEP in Westmount, Que., when he posted some drawings of a smartwatch on a website he created.

“I didn’t even incorporate, [it was] pure vapourware,” he says now. “I took an Apple press release and I just switched the words, I sent it out using PRWeb.com for $249. The next day I was in history class, and my phone started buzzing with reservations.” Tech media flocked to cover the non-existent product and within a few weeks Mr. Tian had 20,000 orders.

So far, the Duo exists only in mockups though some of the key technologies have been built and tested. The final product will be available in late 2015 for an expected price of $800.