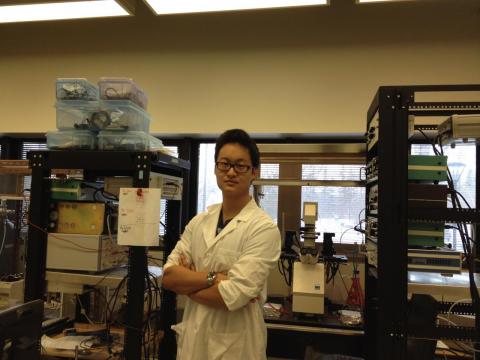 SimplySolar is a solar panel alignment app designed to increase the viability of solar energy and positively change the lifestyles of people in developing countries.

The app was released in 2012 by Bruce Gao, who was inspired to create the app after he visited an orphanage in China during a very cold monsoon season. The solar panels that were installed on the building, that were meant to provide electricity, were not installed at the most optimal angle.

Gao took some time, while he was in high school, to do his own research on how solar panels should be positioned in order to absorb the most energy.

Gao said his experience in China solidified his decision to develop the smartphone app, SimplySolar, with his high school classmate Matt Privman. The app is now used in over 130 countries around the world.

The app works using a combination of GPS and the smartphone’s built-in sensors. In order to use the app, a user must place their phone on top of the solar panel and the app will then tell them when the panel is facing at the most optimal direction.

Gao said that pointing a solar panel in the right direction can make them up to 40 percent more effective. Four years later, Gao is in his second year of medical school at the University of Calgary.

The Shad program, which was the initiative that Gao said convinced him to build the app, is now in its 37th year of operation. The program will commence on Monday with over 700 high school students participating.

One of this year’s participants is Debbie Dada of Toronto. Currently, Dada is interested in finding out how to decrease mortality rates among infants in developing countries. Her future goal is to become a medical researcher.

SimplySolar is available as a free download from the App Store.