SimplyTweet 3 is without a doubt one of the best Twitter clients for iPhone / iPod touch available in App Store and with features like configurable themes, customizable swipe-to-reveal menu and push notification support, some believe this is perhaps the most feature packed twitter client for iOS out there. It usually costs US $4.99 but for the holidays, MotionObj is offering it as a free download in the App Store. The offer is valid for a limited time so grab it before the price tag goes back to usual. 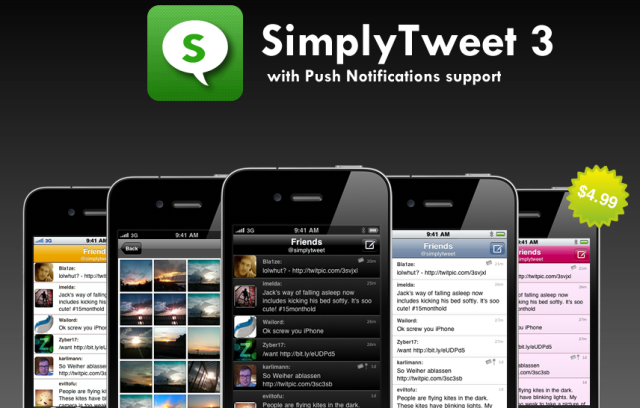 Here is the long list of features supported by SimplyTweet 3:

Below is the direct iTunes link: