A call centre that had dozens of employees attempting to dupe Canadians into handing over money via various types of phone scams has been shut down by Indian authorities. 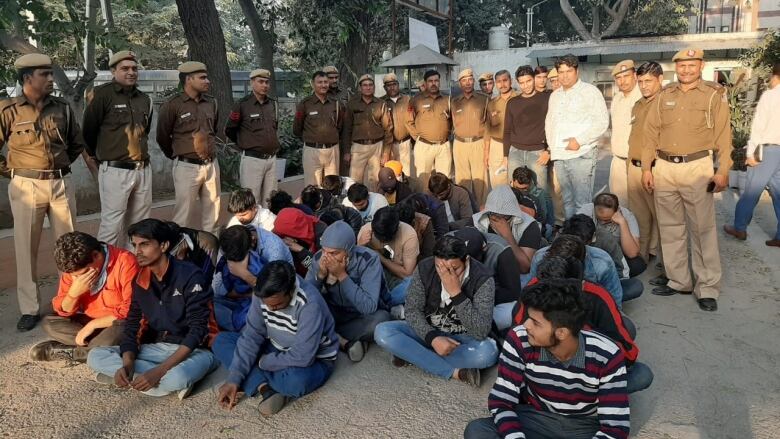 Police in India arrested 32 people during a raid on a call centre suspected of carrying out scams on unsuspecting Canadians. (West Delhi DCP/Twitter)

Indian authorities say they received information about the scammers who had been posing as Canadian police officials and making calls with the objective of getting the SINs of unsuspecting Canadians. Officers made their move on Sunday, arresting 32 people in the call centre on charges of threatening and extorting money from people in Canada. 55 Computers, and 35 phones were seized.

“It was learned that [the scammers] are cheating innocent peoples based [in Canada] on the false pretext of saving them from non-existing social insurance number (SIN) violations,” Sharma explained.

According to the report, Elvis Henry, a Canadian, complained to Indian police after he claimed he was swindled out of $13,000 CAD by the fraudsters through the SIN scam.

The SIN, or Social Insurance Number scam, is just one of many methods used by scammers to cheat victims out of their money. According to Delhi Police, these calls typically begin with a robotic voice claiming to be from Service Canada or the CRA. The prospective victim is then told that there are charges linked to their SIN number, and they must call back or face imprisonment.

Police in India are continuing to investigate the matter and say that more arrests could be on the horizon. Those already arrested will appear in court to face charges of violating the Indian Wireless Telegraphy Act, reads the report.

Canadians are meanwhile still encouraged to never give their social insurance numbers or any sensitive information over the phone.