Here’s How Awesome Siri is on the New Apple TV

The integration of Siri in the new Apple TV’s touch pad remote is arguably the best feature in Apple’s new set top box, which allows you to search for movies and TV shows with voice commands through services like Netflix, Hulu, iTunes, HBO, and Showtime. In fact, Apple is expected to soon open a universal search API so it will be possible to find content across a variety of other apps too. But this is not all what Siri can do on the new Apple TV, as MacWorld highlights all the great stuff Siri on Apple TV is capable of. 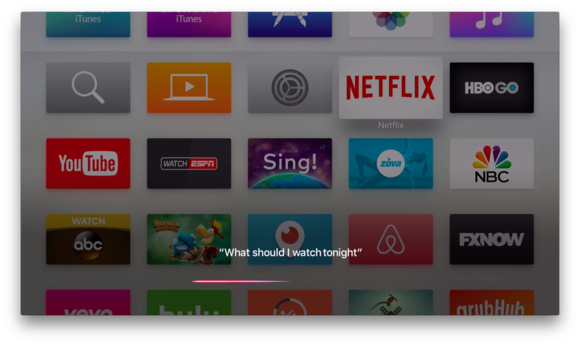 To make the best use of Siri on your Apple TV, simply put it to the test with following questions and commands:

Ask Siri to start playing specific episodes of TV shows in Netflix without scouring each season.

“Play the episode of Buffy the Vampire Slayer with John Ritter.”

“What should I watch tonight?”

“Show me some funny indie movies.”

“What are some popular new releases?”

Siri can also refine your search results if you don’t like the initial suggestions.

“Only the good ones.”

“Just show me the ones from this year.”

You can even use Siri to pause and answer questions while you’re watching a TV show or movie, such as “Who directed this?” or “Jump back 10 minutes” etc.

In addition, Siri can also be used to open apps, settings or even get questions about stock market, such as “How’s Apple’s stock doing today?”. It can even give you weather forecast, provide you latest sports information and so much more.

However, Siri can currently only help you search in eight countries right now, including the U.S., U.K., Australia, Canada, France, Germany, Japan, and Spain, due to pronunciation training, with support for more countries coming soon.