A new patent filing from Apple published by the U.S. patent and Trademark Office today details a desktop version of the virtual assistant quite similar to Siri, a technology that is currently exclusive to iOS and is yet to make a jump to OS X. As pointed out by AppleInsider, a desktop version of Siri may be able to perform dictation, high-level system commands and even act as a “third hand” for Mac users. 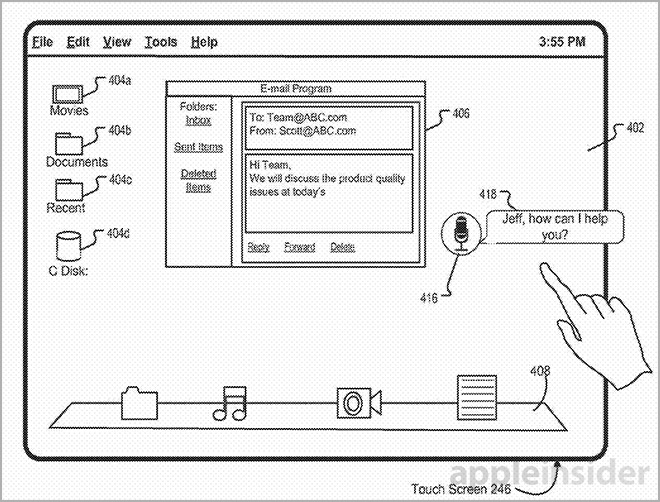 Apple’s huge 92-page patent application titled “Intelligent digital assistant in a desktop environment” suggests that a technology that goes far beyond Mac’s current voice dictation feature, can easily be considered a “Siri for Mac.” The patent further reveals that Siri for desktop may be able to use speech recognition to “decipher and remembering contextual clues”.

“Driven in cooperation with an off-site server, Siri for Mac has an identical backend to Siri for iOS. The user-facing Siri asset can be integrated into a standalone app invoked by a special mouse or keyboard gesture, or may be tasked to run in the background, listening for a special activation phrase like the “Hey, Siri” implementation in Apple’s forthcoming iOS 8. In some embodiments, an icon of the virtual assistant can reside in the dock, notifying the user that it is active and ready for service.”

Apple’s Siri for Mac patent application was first filed for in 2013. You can read more about it here.