An Apple patent application published this week by the United States Patent and Trademark Office (USPTO) suggests the company is working on an offline mode for Siri, that would allow the intensive process of voice recognition to happen locally on an iOS device instead of Apple’s servers, AppleInsider is reporting. 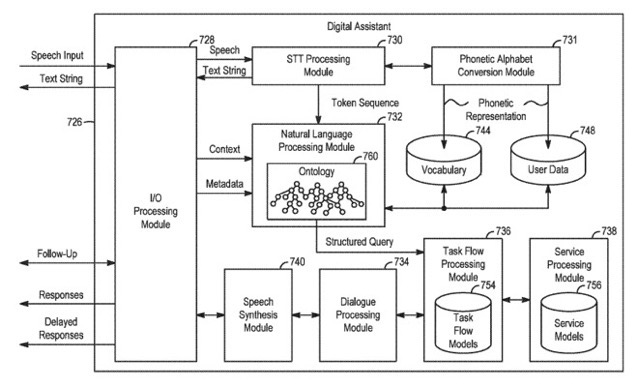 Titled “Offline personal assistant”, the filing details how the speech-to-text processing and validation could happen on a device. Apple suggests the use of an onboard system of modules to handle digital assistant queries that do not connect to the outside world. The company also suggests the use of machine learning mechanisms to perform specific types of task, including natural language processing.

Apple, however, notes that even with the on-device processing for offline use, the proposed system would still be able to go online if a connection is available.

Having access to local and remote processing would also provide the digital assistant two possible interpretations for the user’s speech. In such cases, the system would determine a usefulness score for the locally-processed interpretation as well as that of the online-processed version and perform the task based on which of the two processes scored higher.

This would effectively give the assistant a backup option, allowing the server-based processing to be used as an alternate interpretation if the locally-performed processing on the request comes up with an unusable result.

As with any other Apple patent filing, there is no guarantee that such a system will be included in the company’s future products, although the second-generation Neural Engine used in the 2018 iPhone releases is quite capable of an offline Siri.