Update 1: @jackoplane updates Siri on other iOS devices will require a jailbreak. They haven’t posted a video for legal reasons.

Just 3 days ago, we told you how 9to5Mac in collaboration with developer Steven Troughton-Smith ported the Siri technology from iPhone 4S to iPhone 4 and had shown at on video as well. Today, another claim comes from developer @Jackoplane who says to have gotten Siri to run on all iOS 5 devices without even requiring a jailbreak. He also says that a video of the port will be posted shortly as well. Meanwhile, the developer has tweeted an FAQ about this fully functional port of Siri on iPhone 4 / 3GS, iPod touch 3G / 4G and iPad / iPad 2. Check it out below: 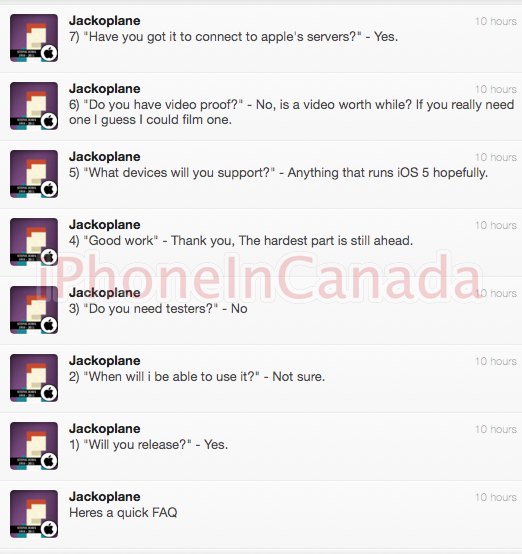 The process of enabling Siri on non-supported devices does not require any jailbreak, according to the developer. He says that you’ll need to use “NSFileManager” to get this to work. There is no ETA for the release yet but shouldn’t be long before we see more of it. Stay tuned!

LastPass, a popular password manager for mobile, desktop, and more, recently suffered a security breach where an unauthorized party gained access to "certain elements" of customer data using information obtained from a previous hack back in August. The company said in a Wednesday blog post that it discovered unusual activity within a third-party cloud storage...
Nehal Malik
15 mins ago

Apple’s 10th generation iPad launched this year to some mixed reviews, and today, the experts over at iFixit have given it their signature teardown treatment. “It’s such an odd device – in both good and bad ways,” says iFixit. "A few genuine leaps forward for consumers sit alongside some truly baffling design choices." "You’d expect...
Usman Qureshi
39 mins ago