Sick Girl and Her Family Saved from Harvey Floodwaters by Siri 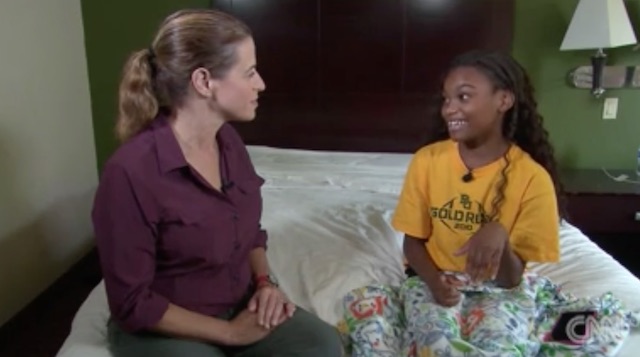 According to a report by CNN, Apple’s virtual assistant Siri saved a 14-year old girl named Tyler Frank, who was stranded outside in the rising waters of Hurricane Harvey. Tyler, who has a genetic disorder called sickle cell anemia, was desperately thinking of ways to get herself and her family to safety. Calling 911 and seeking help on Facebook and Instagram had all failed, when Siri came to her rescue.

“I was like, ‘Siri’s smart enough! Let me ask her!’ ” Tyler said. And indeed, Siri was smart enough. With one inquiry to the Apple personal assistant — “Siri, call the Coast Guard” — Tyler got her whole family rescued after two days out in the storm.

When Harvey hit, she suffered a sickle cell crisis, as her stiff and oddly shaped red blood cells clogged up her blood vessels and prevented oxygen from reaching parts of her body. Shivering in the cold, Tyler had only a towel to protect her. Then the towel got wet.

That’s when she thought of asking Siri to connect her to the Coast Guard.

Tyler gave the Coast Guard her family’s location and explained that she was sick and scared for her life. She was told by the man on the other end of the line that she was a brave “guy”, to which she responded, “I’m a girl!”. “Oh, you’re one brave girl”, the man replied. A Coast Guard helicopter arrived the following afternoon.

Tyler was first seen by doctors in Pasadena, Texas, and then sent on to Memorial Hermann hospital in Houston. From there, she went by ambulance to Texas Children’s Hospital, where Tyler has been treated since she was a baby.

Tyler’s mother Tameko Frank recorded the rescue scene on Facebook Live, which can be viewed here.