Some sketchy photos hit the web today that support the idea that future iPhones may feature a larger display.

Two photos show a design with similar, if not the same, dimensions as the iPhone 4 but the display is stretched out closer to the edge of the device. The screen in this case is 3.7 inches versus the current 3.5 inches.

One of the photos have both the “original” and “new” front panel side by side to reveal that the new panel has a larger screen. 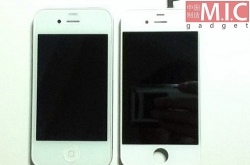 Overall, the images look fake as something like this could easily be edited, especially with rumors of a larger iPhone display floating around. What do you think? Real or fake? 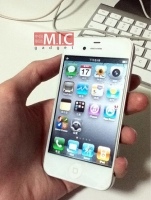 Apple is urging suppliers to make sure that all shipments from Taiwan to China follow Chinese customs regulations to avoid processing delays at the border — reports Nikkei Asia. As political tensions between China and Taiwan continue to rise, the former has started strictly enforcing a long-standing rule that requires Taiwan-made imports to be labelled...
Nehal Malik
5 hours ago

Amazon announced on Friday it has entered into a merger agreement to acquire robot vacuum maker, iRobot, in a $1.7 billion all-cash deal. “We know that saving time matters, and chores take precious time that can be better spent doing something that customers love,” said Dave Limp, SVP of Amazon Devices, in a statement. “Over...
Gary Ng
7 hours ago