Skype Now Lets You Call Up to 50 People at Once 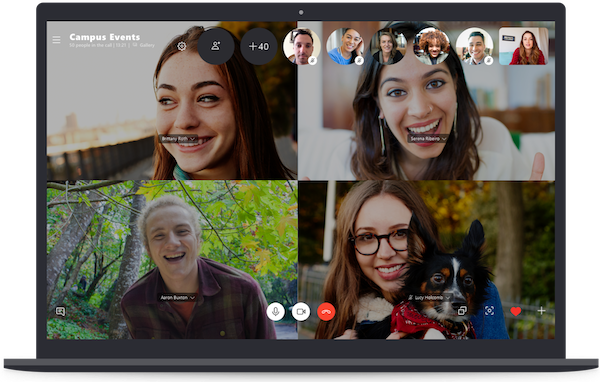 Doubling the number of people that can simultaneously be in a group audio or video call, Skype now allows you to call up to 50 people at once. Additionally, the company has added a notification to replace the ringing as the default, allowing every member of the group to receive a quick ping to join the call.

Whether you’re catching up with your friends, having a team status update, or a conference call with speakers based all around the globe, Skype makes it easy to get everyone in one place. Every Skype group with up to 50 people now supports calling, whether you’re ringing just your best friend or 45 coworkers.

Skype says that its new notification system for group calls is a simple, unobtrusive way to get your calls and meetings started.

If the notification of starting a group call is not enough, however, you can select individual members to ring, or if your group is less than 25 participants, you also have the option to ring the entire group.

Support for calling up to 50 people is now available on the latest version of Skype. To learn more about group calls and the new notifications, check out this support article.