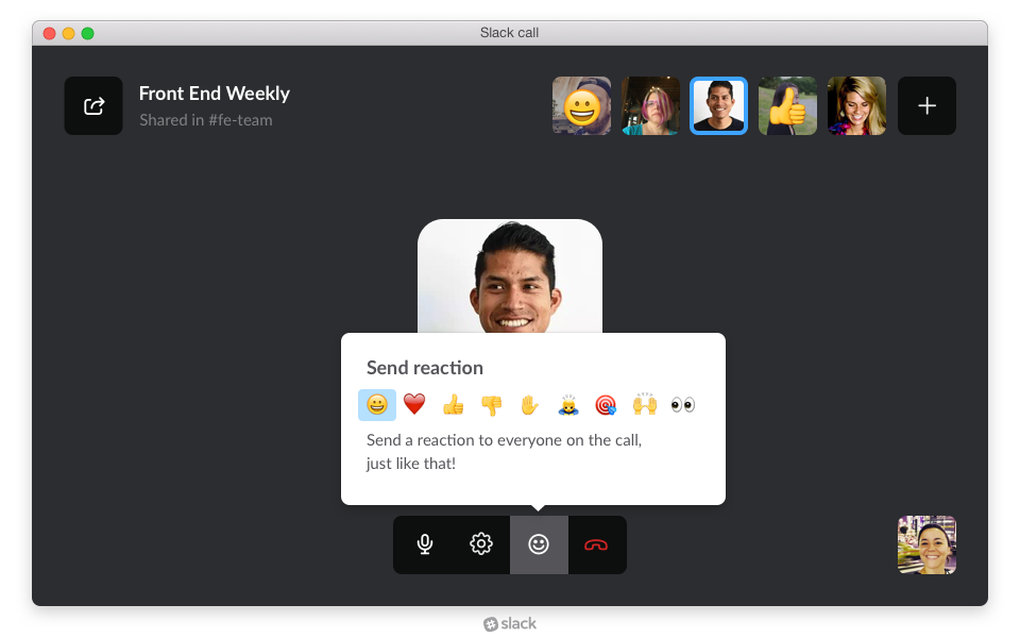 Voice calls are coming to Slack, and they began rolling out in beta today on Slack’s desktop apps and in Chrome.

Someone with administrative privileges has to enable them, but once they’re turned on, a phone icon should appear throughout the app, allowing anyone to start a call with a specific person or with a group. From there, it looks a lot like a lot of other voice-calling apps, showing you the icons of people on the call and highlighting who’s speaking.

In addition there is a new Reactions feature that allows you to respond to whoever’s talking with an emoji that’ll appear over your icon.

Slack is allowing people who use its app for free to initiate one-to-one voice chats. Paying users will be able to start voice chats with up to 15 people. Slack says that it’s sticking with the “beta” label because it wants to see how well the feature scales. The company is also says it’s looking for feedback on what people want out of the calling feature. 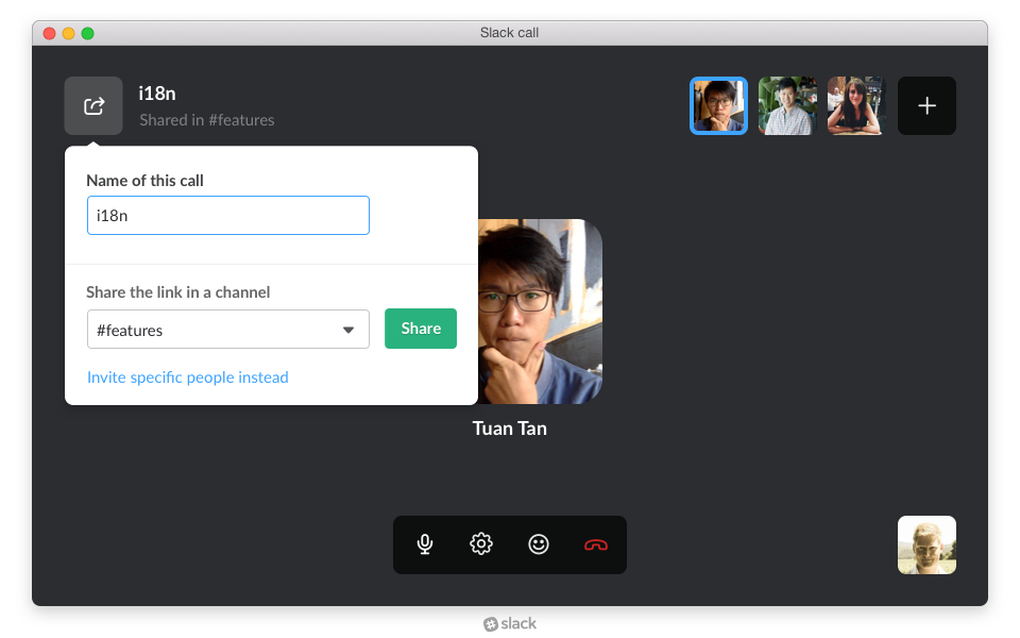 Voice calling stems from Slack’s acquisition of screen-sharing app Screenhero just over a year ago. At the time, Slack said that it planned to build voice calls, video calls, and screen sharing into its app, moving Slack well beyond its current state as a giant chatroom.

Slack emphasizes today that its native integration of voice chat doesn’t mean that it’ll be limiting support for the third-party integrations that it’s known for, so you’ll still be able to initiate Skype calls and Hangouts through Slack if you want to. Of course, if Slack’s own calls are any good, you probably won’t want to use any third-party extensions.