After months of testing, Slack is finally opening up the voice calling feature to all of its users, no matter where they use the platform i.e. web, desktop or mobile. So if you use Slack’s Mac or Windows desktop apps, or have Slack running in Google Chrome, you’ll see a new phone icon in the upper right of the channel header. You can initiate calls by clicking the phone icon, or by tapping through a dropdown menu on Slacks iOS and Android apps. 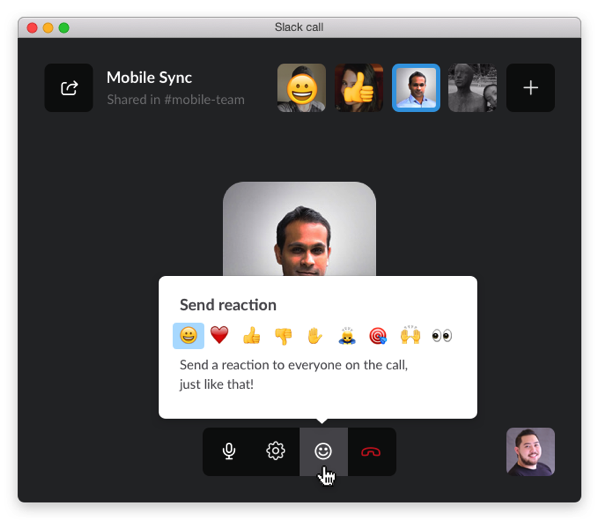 Slack now allows anyone to make one-on-one calls, while paid teams can also make group calls in any channel or group DM. When someone initiates a call, a message will appear, inviting you to join the call. Best of all, calling your teammates in Slack saves everyone the fuss of digging through calendar invites for call numbers and dial-in codes and all the rest.

Slack calls also have an emoji response feature. Clicking one of the pre-selected emoji will display it over your avatar for a moment along with a subtle sound, allowing you to express approval, disapproval, or raise your hand to ask a question?.

You can use Slack’s new voice feature for communication with your team members starting today.