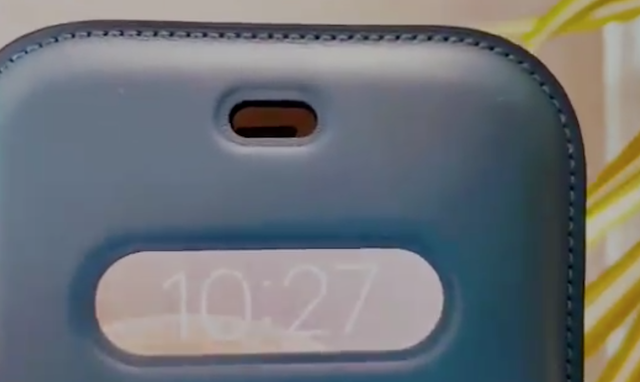 An iPhone 12 mini user has shared a video clip of Twitter, showing how inserting the phone into the Leather Sleeve automatically changes the colour of the time on the iOS Lockscreen to improve visibility.

The time on the Lockscreen, however, does not remain on and only appears when you raise the device. Also, you can notice the entire display is illuminated blue and not just the portion inside the cutout showing the time.

Video of the time changing colour after being inserted into the Leather Sleeve. #iPhone12mini #LeatherSleeve #Apple
Note: The time doesn’t remain on, it only appears when you raise the device. Also, the entire display is illuminated blue, not just the portion inside the cutout. pic.twitter.com/sZkDmtIlqO

According to @BasicAppleGuy, he tells us you can’t answer the phone with the sleeve on, so you need to extract your iPhone out of the case first.

Supercell, a Finland-based game developer owned in large part by China's Tencent, launched an external store for in-app purchases back in June to circumvent Apple's and Google's infamous 30% commission on all transactions made through the App Store or Play Store, respectively. The Supercell Store launched with digital items for the popular mobile strategy game Clash...
Nehal Malik
7 mins ago