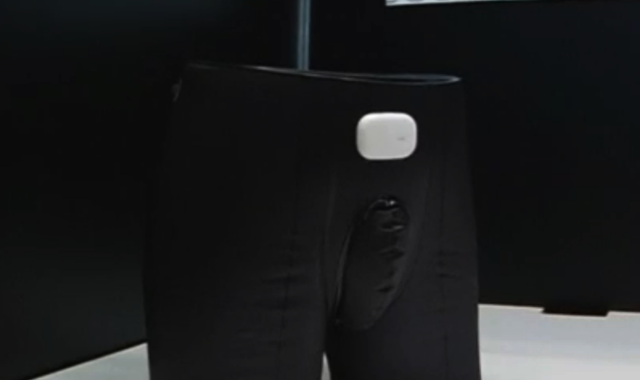 A Japanese company that goes by the name of Triple W Japan has invented a new smart device called ‘Dfree’, that fits on your underwear and tracks your bowel movements, and will let you know ahead of time on your smartphone (it supports iPhone) when you will need to go to the toilet, Reuters reports. The company claims that the device will come in handy for people who suffer from faecal incontinence.

“This device predicts faecal excretion. The device goes on your stomach and uses ultrasonic waves to monitor your internal organs and sends the data to smartphones to be displayed,” said Ryohei Ochiai, of Triple W Japan’s Solution Development. However, the company is still working on alternative methods to secure the device to underwear, because many people are concerned that it may chafe their skin.

43-year old Naoki Wadamori, a teacher and resident of Tokyo, said that this device would also be great for elderly people who are not ready to use diapers but need them.

The device was unveiled last week at the Combined Exhibition of Advanced Technologies (CEATEC) in Tokyo and is not yet on sale, but is expected to be on the market by spring next year. Check out the following video to get a better idea about Dfree.

Apple's new Crash Detection feature, available on iPhone 14 and the company's latest Apple Watch models, is designed to automatically contact emergency services in the event of a severe car crash.  However, it can sometimes mistake a rollercoaster ride for a car crash (via Reddit). One Reddit user found this out the hard way when...
Nehal Malik
7 mins ago

Amazon announced on Wednesday a new lineup of Fire TV Omni televisions, this time with QLED and also its “smartest TV lineup ever.” The new Fire TV Omni QLED Series is available in 65 and 75-inches, with 4K Quantum Dot Technology (QLED) displays and full-array local dimming for up to 96 zones. Dolby Vision IQ […]
Gary Ng
10 mins ago