Earlier this morning comScore released their 2012 Canada Digital Future in Focus report, and within it we have learned a bit more about the digital landscape in our country. One particular area of interest to us is the rapid adoption of smartphones–which according to their data makes up 45 percent of cellphones in Canada (as of Dec. 2011). This is a rapid increase of 12 percent since March of 2011, and it appears we’re not done as of yet. It’ll be interesting to see what the first quarter of 2012 will reveal. 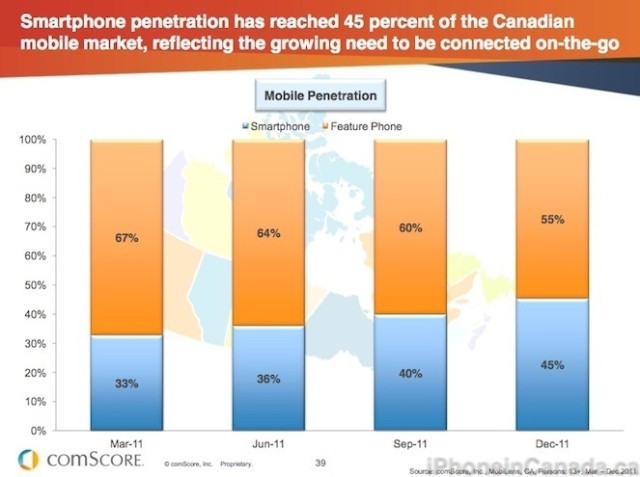 With the proliferation of the iPhone here and around the world, it’s not hard to see the rise. Recently Rogers announced in the 2011 Q4 earnings report they couldn’t get access to enough iPhone 4S units to meet demand, plus smartphones continued to make up the majority of new customers. 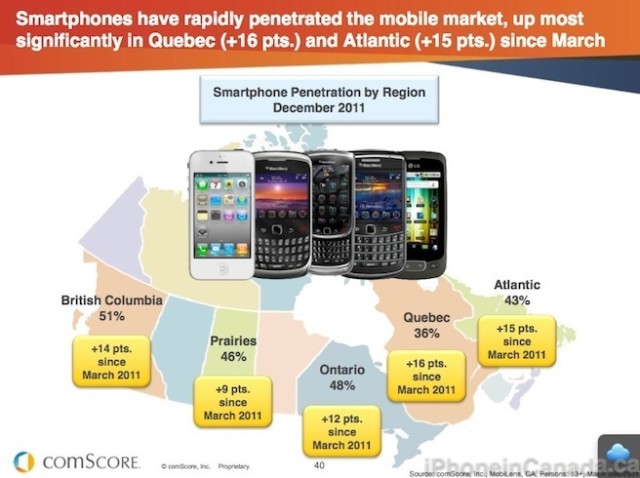 The report also notes Canada tops the entire world in terms of time spent online, at 45 hours per month. In terms of video, YouTube is king here, as it represents nearly 1 in every 2 videos viewed.Well done, Canada. We definitely love our addition to the internet.

Click here to check out the report and bypass registration.