In the light of all the credible sources hinting at a September 12 iPhone 5 launch event, smartphone submissions to eBay’s trade-in program have increased 70% in the last three days as compared with the same period the week before (via CNET). eBay, one of the the world’s largest online marketplaces, has noted almost 100,000 smartphones being offered up for trade-in by people using the company’s “Instant Sale” program. The reports says that 16GB model of the iPhone 4S tops the list, followed by the 8GB iPhone 4 and 32GB iPhone 4S. 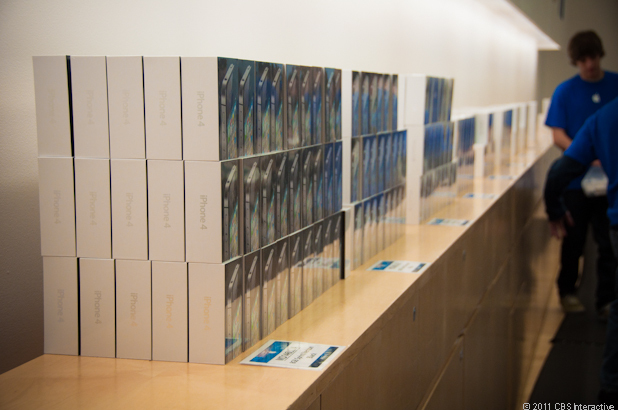 According to statistics from last year, eBay got 375,000 trade-in offers for smartphones from October 4 to 6 — the 4th being the day the iPhone 4S was announced. Of that bunch, 89 percent of the devices were iPhones.

eBay is just one of a few places where people tend to sell off their old gadgets when new versions are expected. There are also trade-in sites like Gazelle, NextWorth, and BuyMyTronics, along with trade-in programs from Apple itself, as well as from retailers like RadioShack. eBay, for its part, says it has racked up more than 10 million “trade-in offers” since it launched its program in October 2010.

Apple is expected to hold a special event on Wednesday, September 12, to unveil its next-generation iPhone model, which would subsequently go on sale Friday, September 21. Will you be listing your iPhone for a trade-in on eBay?