According to recently shared data by Apple, an average user pulls the iPhone out and uses it some 80 times a day. This means that you will be consulting your smartphone nearly 30,000 times over the coming year. And while it’s hard to find another product that can provide so many useful functions, scientists are exploring what happens to our minds when we allow a single tool such dominion over our perception and cognition (via The Wall Street Journal). 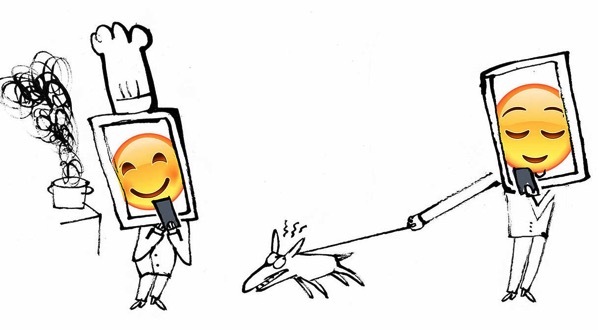 Scientists have found that not only do our phones shape our thoughts in deep and complicated ways, but the effects persist even when we aren’t using the devices. The research shows that as the brain grows dependent on the technology, the intellect weakens.

A 2015 Journal of Experimental Psychology study, involving 166 subjects, found that when people’s phones beep or buzz while they’re in the middle of a challenging task, their focus wavers, and their work gets sloppier—whether they check the phone or not. Another 2015 study, which involved 41 iPhone users and appeared in the Journal of Computer-Mediated Communication, showed that when people hear their phone ring but are unable to answer it, their blood pressure spikes, their pulse quickens, and their problem-solving skills decline.

According to Adrian Ward, a cognitive psychologist and marketing professor at the University of Texas at Austin, who has been studying the way smartphones and the internet affect our thoughts and judgments for a decade, “the division of attention impedes reasoning and performance”. He says that using a smartphone or even hearing one ring or vibrate, “produces a welter of distractions that makes it harder to concentrate on a difficult problem or job”.

In a 2015 Gallup survey, over 50% of iPhone owners said that they couldn’t imagine life without the device.

Can you imagine life without your iPhone?