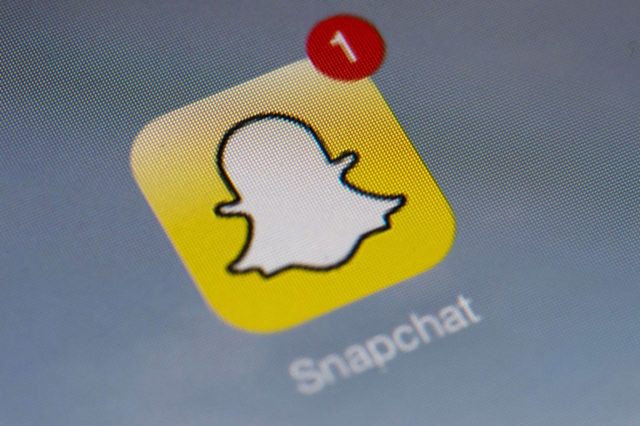 Snapchat has begun rolling out its long-awaited dark mode option for iOS users. This comes after many other social media platforms and apps began offering a dark mode display to iOS and iPadOS devices.

This news comes by way of MacRumors, who states that Snapchat’s dark mode is officially accessible on iOS devices. The new dark mode appearance replicates the dimmed lighting preference seen on other apps as well as natively on iPhone and iPad thanks to the iOS and iPadOS 13 release. It’s being said that at this point, 90 percent of iOS users can now access the option to swap to dark mode on Snapchat.

In order to change the appearance of Snapchat to dark mode, which is less harsh on the eyes, users must navigate to the ‘Settings’ menu but first tapping on their Snapchat avatar in the top left corner. From there, users can access ‘Settings’ in the top right corner. Next, they’ll want to scroll down the page to find ‘App Appearance. If this option is not available, it’s an indicator that dark mode is not yet accessible on that device. 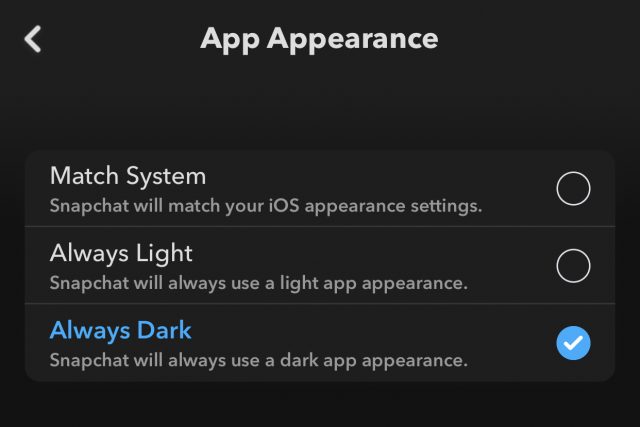 Once in the ‘App Appearance’ menu, users can see Snapchat is now offering three different options. ‘Always Light’ is the standard option, the will maintain the appearance. ‘Match System’ will allow Snapchat to match the iOS appearance in the event that users have the iPhone or iPad switch to dark mode at a specific time. ‘Always Dark’ is Snapchat’s dark mode option and will switch the display.

Dark mode for Android is said to be coming in the following months.