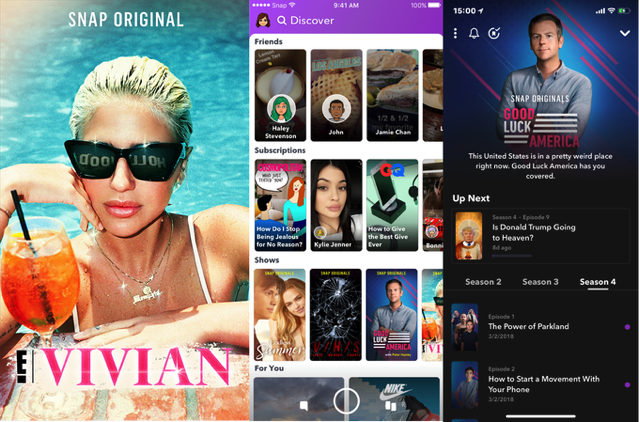 Snapchat has today announced the launch of its new venture ‘Snap Originals’, featuring exclusive video shows created by some of the world’s top producers with new episodes released every day.

The first slate of 12 Snap Originals includes Co-Ed, a new comedy from the Duplass Brothers, Class of Lies, a mystery thriller from one of the minds behind Riverdale, and Endless Summer, a documentary series following rising stars in Laguna Beach from Bunim / Murray, the creators of Keeping Up with the Kardashians (via TechCrunch).

Snap CEO Evan Spiegel telegraphed today’s announcement in a leaked memo, noting that the app sees “over 18 Shows reaching monthly audiences of over 10M unique viewers. 12 of which are Original productions” and that “We are also working to identify content that is performing well outside of Snapchat so that we can bring it into Discover.

Appearing in Discover, the Snap Originals will have a dedicated section as well as new permanent ‘Show Profile’ pages available through Snapchat search where users can sign up for push notifications when each episode is released.

Below is the full list of Snapchat Originals releasing now: