Snapchat Rolls Out New Lenses that Respond to Your Voice

Snapchat has today announced a new set of Lenses that respond to your voice instead of your face. Animations are triggered by saying words like “Hi”, “Love” and “Wow”, and do not require users to make any facial gestures to activate. The new voice-activated Lenses are beginning to roll out to users globally today (via TechCrunch). 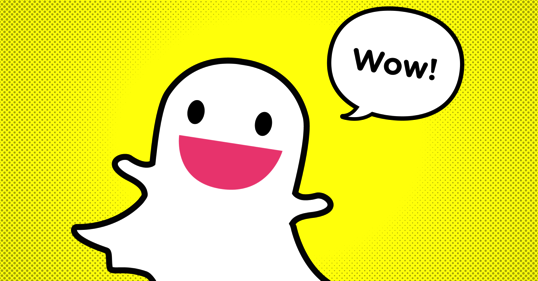 When you come across the new Lenses, you are guided with on-screen instructions on how to use these voice-triggered Lenses since they only respond to pre-selected English words. Earlier this year, Snapchat rolled out an animal mask that responded to the sounds it heard but now, the company is taking sound-based Lenses to a whole new level.

For example, saying “hi” in the new lens will launch an animation that surrounds you with a flock of chatty birds; “love” will play cheesy jazz music; “yes” creates a zoom effect; “no” puts you in an infinite photo tunnel; and “wow” puts a bow on your head and surrounds you with the word.

Snapchat says it will release five to six of these new audio lenses to users over the next week.