With help from some XDA Forum developers, the folks over at TechCrunch report Snapchat’s Android app, including audio and video calling and stickers in the app’s updated chat interface, which many would assume would make its way to iOS too. 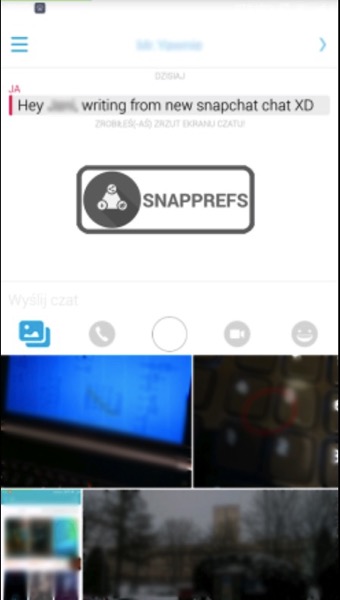 If Snapchat does go ahead and add these new features, it would definitely bring some competition to the likes of WhatsApp, Facebook Messenger and other popular messaging apps.

Backed by AliBaba, it is quite likely that Snapchat may go in the direction of Asian messaging apps as well and potentially add in-app commerce, such as integrating stickers into chat. In addition to monetization, rolling out stickers could make the app more competitive with leading messaging apps out there.

According to the leaked screenshots, which show what’s dubbed Snapchat’s “ChatV2” interface, users will be able to tap on new buttons on a bar to kick off an audio or video call. The recipient will then get a pop-up that will allow them to ignore, join or listen into the call. There are also new presence indicators that show if a person is listening, talking or watching, which appear underneath your interactions within chat.

The code and screenshots were uncovered by the developers by Snapprefs, a third-party utility that lets you add more features to the Snapchat application through the Xposed framework.

Snapchat officially declined to comment on these upcoming new features, though we hope they will become public soon enough.