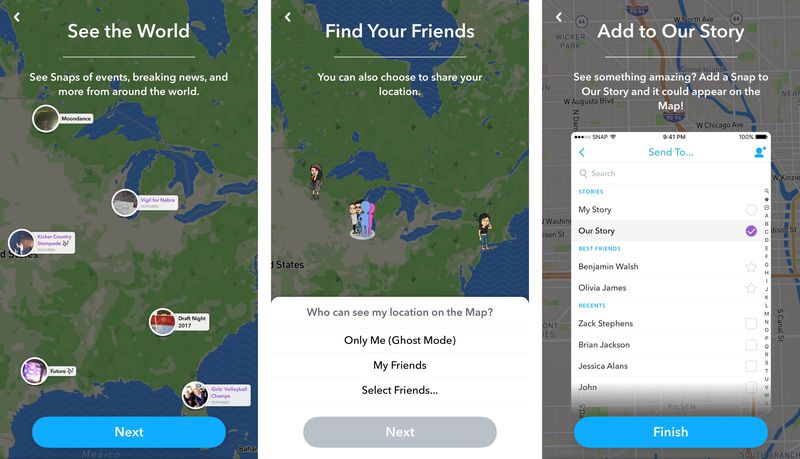 In its latest update released this week, Snapchat introduced a new feature called Snap Map, which lets users track each other’s movements in real time. In a blog post announcing the update, the company said:

“We’ve built a whole new way to explore the world! See what’s happening, find your friends, and get inspired to go on an adventure!”

The new feature is raising concerns among child safety groups and privacy advocates. Some safety groups have even started cautioning young people against sharing their location.

When users first use this feature, they can select whether they want to make their location visible to all their friends, a select group of friends, or to no one at all.

Safety experts have said that this feature could be easily used to stalk or bully others. In a blog post, Childnet International said:

“Given how specific this new feature is on Snapchat – giving your location to a precise pinpoint on a map – we would encourage users not to share their location, especially with people they don’t know in person. It is important to be careful about who you share your location with, as it can allow people to build up a picture of where you live, go to school and spend your time.”

The child safety group recommends that parents sit down with their children and really consider which of their friends are able to see their location (if any at all).

Snapchat sees the new feature as a discoverability tool for the notoriously tricky-to-navigate messaging app.