Earlier we first reported Starbucks Canada had started the inclusion of App Store promo codes as part of their ‘Pick of the Week’, something that was previously exclusive to our neighbours in the U.S. Last week it was Scrabble, and now this week the incredible photo editor Snapseed is up for grabs ($4.99 value).

Customers just need to look for the following display at their local Starbucks to grab a free card–the promo code is located on the back. Click here to learn how to redeem a promo code from your iPhone. 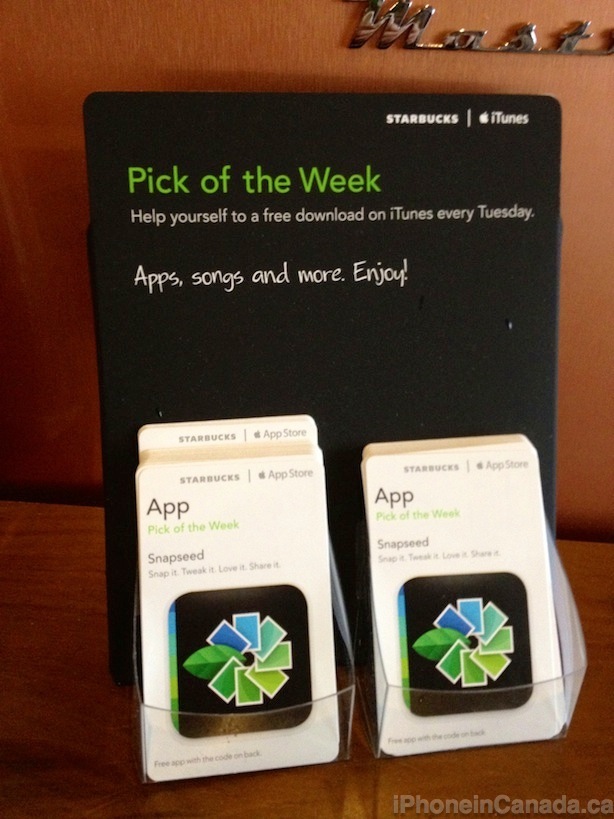 We previously reviewed Snapseed as noted in the following epic video tutorial posted by our very own Kris Meador:

Thanks to @YVRBCbro for the pic!