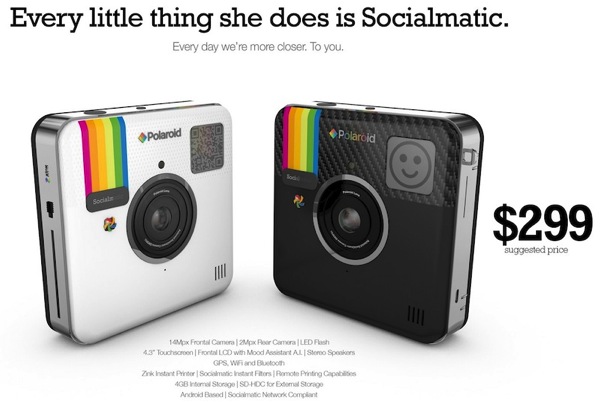 Last spring we reported on a cool concept from ADR Studios, the Socialmatic camera, which was a Polaroid camera meant to print your Instagram pictures instantly. Started as just a concept, the idea has now turned into a reality and an actual camera which will be powered by Android OS is scheduled to be available in 2014 for the price of $299. The full specs of the camera are listed below:

Socialmatic concept and are an Instagram junkie, this might be the camera you’ve been waiting for as you’ll be able to print your creations instantly. Of course, you probably will want to see how the camera works in real life first, but at this point in time all we know is it will launch in 2014 for $299. Great to see a concept come to real life! Would you be interested in buying this?