Masayoshi Son Had iPhone Exclusivity Before Owning Carrier in Japan 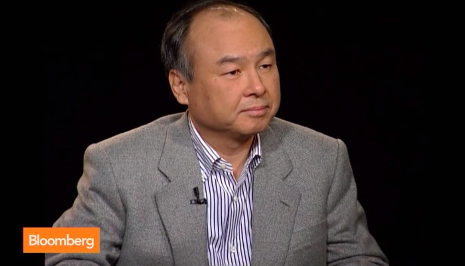 SoftBank CEO Masayoshi Son says he sealed exclusive rights for carrying the iPhone with the help of a rough sketch of an iPod-like mobile phone. The details were revealed in an interview that aired earlier this week.

The story begins two years before the launch of the original iPhone. The two met after Son had called Steve Jobs and arranged a meeting to talk about the iPhone, as he was already considering entering the cellphone business.

“I brought my little drawing of an iPod with mobile capabilities. I gave him my drawing, and Steve says, ‘Masa, don’t give me your drawing. I have my own,'” Son recalled during the “Charlie Rose” interview. “I said, ‘Well, I don’t need to give you my dirty paper, but once you have your own product, give me for Japan.’ And he said, ‘Masa, you are crazy.'”

Before closing the negotiations, Son asked Jobs to put on paper his exclusive rights to the iPhone in Japan. But since the project was secret, Jobs didn’t agree to that, and also reminded Son that he had no cellphone company in the country.

Jobs’s reply? “‘No! Masa, I’m not going to sign for you because you don’t even own a mobile carrier yet!’ And I said, ‘Well, look, Steve, you promised me. You gave me your word. I bring a carrier for Japan.'”

So he bought Vodafone’s Japanese unit back in 2006 for $15 billion, and two years later announced the deal with Apple to carry the iPhone. Although Softbank remained the third major player in the country, the deal helped the carrier to take market share from NTT Docomo until the latter inked a deal with Apple last September.

In terms of market share, Apple is big in Japan. According to the latest available data released by Kantar WorldPanel ComTech, three out of four smartphones sold in the country are iPhones.

According to a report by The Intercept, Apple is using Chinese company Tencent’s blacklist to block access to certain websites via Safari in Hong Kong. Last month, Apple users in Hong Kong trying to access the code-sharing website GitLab were presented with a warning that says the website is being blocked for their own safety. Safari’s “safe...
Usman Qureshi
44 mins ago