According to a report by DNAInfo NewYork, a man dressed like an Apple store employee stole 19 iPhones from the tech giant’s SoHo location last week. The police said that the thief was “dressed similarly” to store employees, who usually wear blue T-shirts imprinted with an Apple logo, and walked right into an electronics repair room at about 5:30 p.m. on June 1. 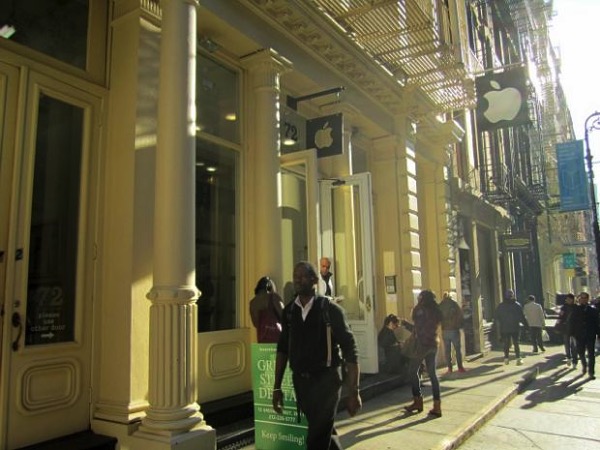 The thief managed to grab 19 iPhones from a drawer inside the room, worth a total of $16,130. He then handed them over to his accomplice, who hid the phones under his shirt, said the police. The pair finally walked out of the store unnoticed. As to which iPhone models were stolen, has not been revealed.

While the police is still investigating the incident, Apple has not issued any official comment regarding the matter.