A new Kickstarter project dubbed SOLARADE is the world’s smallest solar charger, which claims to fully charge your iPhone battery in just 2 hours of sunlight. Developed by Korea’s Nolla Design, SOLARADE promises to give traditional wall chargers a run for their money by charging an iPhone 5 from 0% to 100% in 2 hours, making it faster than almost every other solar charger in the market. 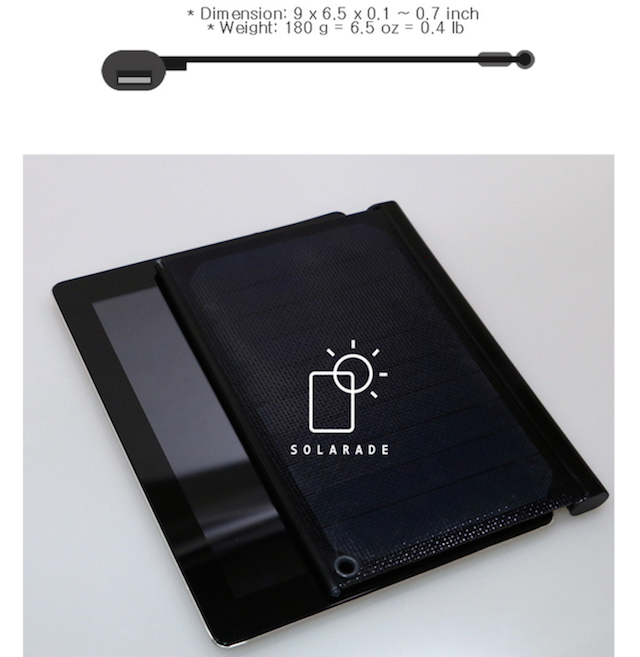 SOLARADE is slim and light, and generates 1000mAh on its own. What sets it apart even more from other solar chargers is that it has an innovative, patent pending Angle Adjustable System. The angle adjustable system lets users determine the right angle for the solar panel to get the most sunlight. Users can charge any electronic device through SOLARADE’s USB output, including tablets, portable game devices, MP3 players, digital cameras and more.

The Kickstarter campaign has already crossed its funding goal of $30,000 with 3 more days to go. You can make a pledge at this link.