An Australian user on Apple’s discussion forms reports that his iPhone 4 running iOS 7 has not updated the calendar properly after daylight savings went into affect earlier today. The calendars app clearly shows a 9:30am appointment in the 8:30am time slot.

A screenshot of the bug shown in the calendars app is provided below. 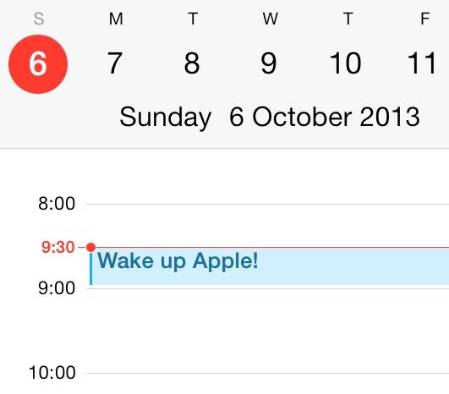 The discussion board also shows that users in Europe are experiencing the same problems with devices running iOS 7.

Apple has had many previous issues dealing with daylight savings on iOS. The most notable being in the iOS 4.1 update which caused users alarms to go off an hour late.

Has anyone else been affected by the daylight savings bug in iOS 7?