At the Sonos media event today, the company announced AirPlay 2 would be coming in July for its newer speakers such as Sonos One, but also unveiled a brand new product called Beam. 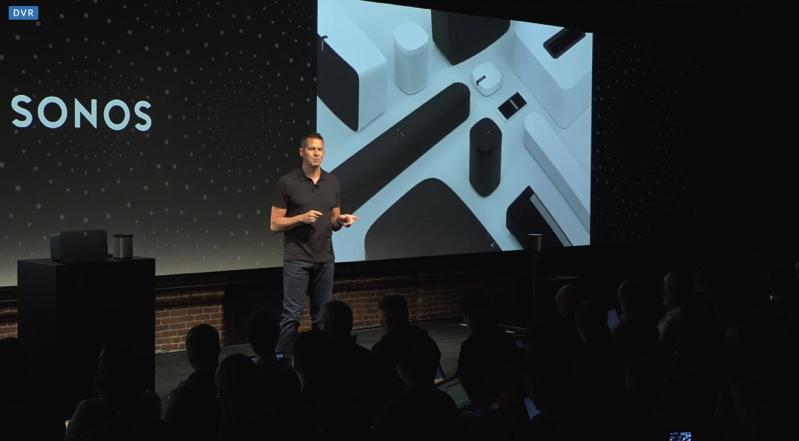 Beam is a smart, compact TV soundbar with touch controls powered by Amazon Alexa and is also AirPlay compatible with iOS devices. It is made for small to medium size rooms and will play music, TV, movies and more, plus comes with dialogue clarity speech enhancement features.

The new smart TV soundbar with five far-field microphones will be priced at $499 in Canada and is made for small to medium size rooms, powered by four full-range woofers, one tweeter and five Class-D digital amplifiers. It can be wall-mounted or placed on furniture and will work with other Sonos speakers in your home.

Sonos says the speaker, which has a full-range of woofers and tweeters, will connect to your TV’s HDMI-ARC (Audio Return Channel) port, which syncs audio, video and automatically pairs your remote to Beam. Most TVs older than five years old most likely won’t support HDMI-ARC, but you can still connect Beam to your TV via the optical port, however, Alexa voice commands for TV won’t work.

With HDMI ARC support, Beam users will be able to pair their remote and control their television with their voice. Users can just say commands like “Turn on the TV”, “Mute” and more, and Beam will perform these actions on compatible TVs.

Beam can also connect to Alexa-enabled streaming devices such as Fire TV, then let users control these devices with their voice to play specific shows or change the channel.

Below is an early hands-on preview of Beam by The Verge:

Sonos Beam is available for pre-order today in black or white at $499 in Canada and delivers by July 17, 2018.