Amazon.ca and Sonos have a 2016 Father’s Day promotion right now, where purchases can get you a free $25 or $50 gift card from the online retailer. If you’ve been eyeing one of these for dad, now is the time to get a bonus with your purchase. 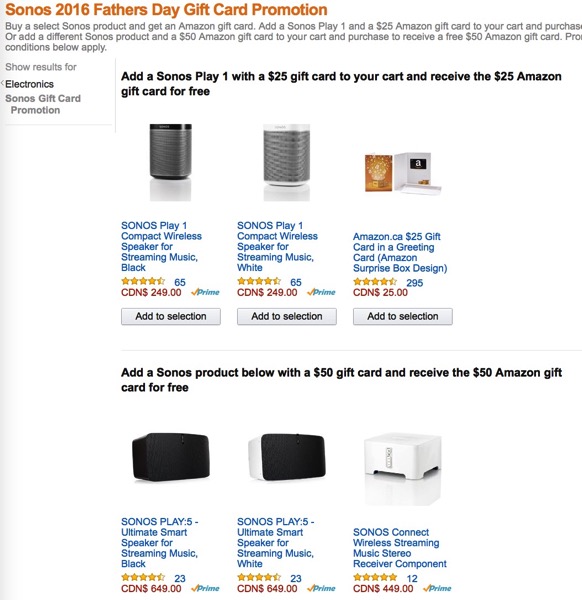 According to RFD, you can only get one gift card per transaction, but some have been able to make separate orders and get gift cards too. The deal is being described as being “better” than a current Amazon USA deal on Sonos products.

Back in February, Apple Music launched support for compatible Sonos speakers. So if you have an Apple Music subscription, these wireless speakers will really come to life.

Click here to jump on this Sonos/Amazon offer before it ends on June 22, 2016; offer good until supplies last.