Sonos, Ikea Partner to Bring “Music and Sound” into all Aspects of Home 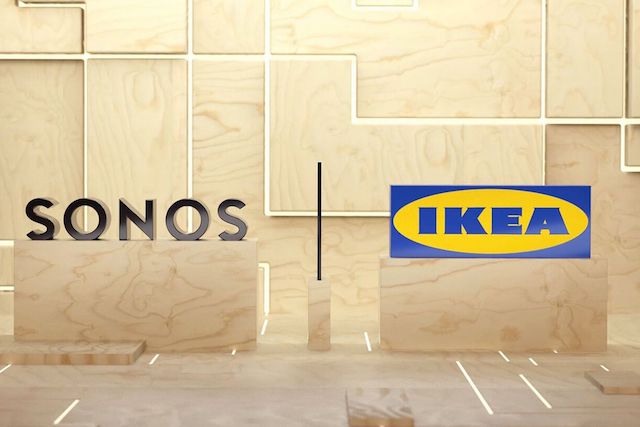 Sonos and Ikea have today announced a new collaboration meant to bring “music and sound” into all aspects of the home, although the first realizations from the partnership aren’t expected to be in stores until 2019.

According to The Verge, we can expect Ikea to initially sell Sonos’ existing lineup of speakers, followed by entirely new products developed using Sonos’ technology and Ikea’s network of furniture designers.

“At IKEA we strive to make solutions for life at home by integrating technology into our home furnishing offer that are easy to use and affordable, thereby making smart home technology accessible to the many people,” said Björn Block of IKEA’s smart home division. “Together with Sonos we want to democratize music and sound in the home, and we want to create products designed for how people listen together at home. By teaming up with Sonos we want to combine IKEA home furnishing knowledge with Sonos’ expertise within great home sound.”

Since the partnership’s emphasis is on “music and sound”, users can imagine Sonos speakers being used to deliver audio for all types of smart-home scenarios, such as an electronic doorbell, an intercom system, or as a mechanism to deliver chimes alerting you to the end of the laundry cycle.

Sonos is already integrated with just about every music service, as well as with major voice assistants including Amazon’s Alexa and Google Assistant. By choosing Sonos as a partner, Ikea doesn’t have to place a big bet on any one music or voice service winning the smart home.

The folks over at MacWorld have compared Apple’s latest M2 Pro and M2 Max processors with every other Apple silicon found in the iPhone, iPad, and Mac lineup. "Understanding the performance differences between each chip will help with your buying decisions, especially when you’re deciding between iPhone 14 or MacBook models.” To find out how...
Usman Qureshi
11 mins ago

Sometimes, Members of Parliament can work together, especially when it seemingly benefits voters (or when there’s public outrage). According to The Canadian Press, taxpayers will no longer have to pay for the home internet bills of their MPs. The Liberals and Conservatives both agreed to axe members from having taxpayers foot home internet as an […]
Gary Ng
37 mins ago

In celebration of Data Privacy Week, Uber Canada has announced new privacy features for the Uber and Uber Eats apps for consumers. Uber has added industry-first “View as a Driver” and “View as a Delivery Person” features to its apps, which let you select what your driver or delivery person can view. The features are...
Usman Qureshi
47 mins ago