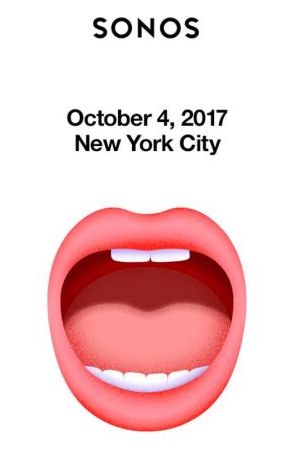 Yesterday, it was reported that a recent FCC filing by Sonos has revealed the company may soon release a speaker with a mic and built-in voice control assistant and today, Sonos has sent out invites for an event in NYC on October 4, which according to TechCrunch, is where the company will unveil its first ever smart speaker.

“The invitation TechCrunch received features an open mouth, and in the lower left corner, an image that was present in the FCC filing which looks like a controller graphic complete with a microphone icon and play/pause controls. Taken together, it’s basically a lock that Sonos will reveal its own voice-enabled hardware on October 4.” 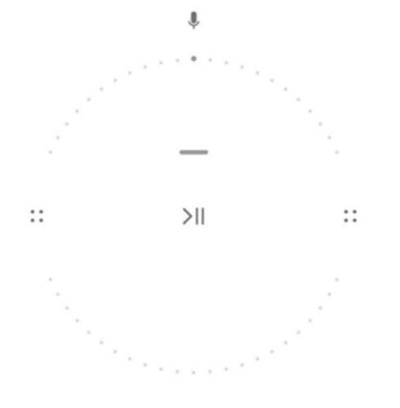 The company’s recent FCC filing detailed a speaker with voice control and far field microphones capable of picking up voice commands in a big room and filtering out background noise. The source believe that Sonos will have its product announced and potentially available ahead of the actual ship date for Apple’s own HomePod speaker, which will be shipping only in late Q4 this year. 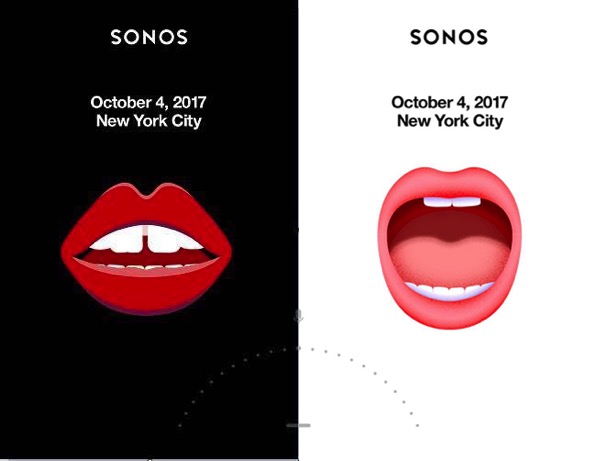 (Invite Image via The Verge)

Sonos’ speaker will reportedly feature support between multiple voice assistants, according to the FCC filing, which would make it by far the most flexible of the current range of smart speakers.