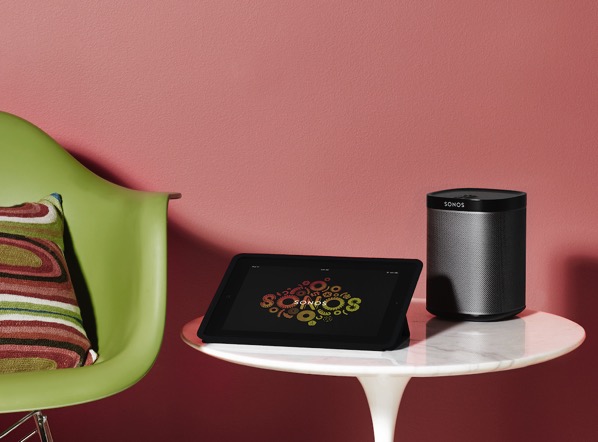 A recent FCC filing by Sonos discovered by Dave Zatz suggests that the company may soon release a speaker with a mic and built-in voice control assistant. According to TechCrunch, the filing seeks approval from the U.S. Government to sell a speaker that features “integrated voice control functionality with far field microphones” and “multiple voice platforms”, possibly with Amazon’s Alexa.

It’s impossible to say if Sonos is building in Alexa, but the company has been making moves as of late to play friendly with Amazon’s voice platform and in the past expressed plans to build the voice control platform into its speakers.

According to the FCC filing, the unreleased Sonos will have far-field microphones much like Amazon Echo devices. The speaker would also support multiple voice platforms and music services. Most of this report is redacted so the details mostly stop there.

Sonos has been rolling out services that link its speakers with Alexa devices, allowing for voice control, since earlier this year. However, it is believed that the best move for Sonos would be to let users pick between Amazon, Google, and maybe, eventually, Apple’s home voice control assistant.

Sonos may reveal more details at the upcoming CEDIA tradeshow in early September, which focuses on home control, and audio and video companies.