Sony is Offering 10 Free Games as Part of ‘Play at Home’ Initiative, Including Horizon Zero Dawn 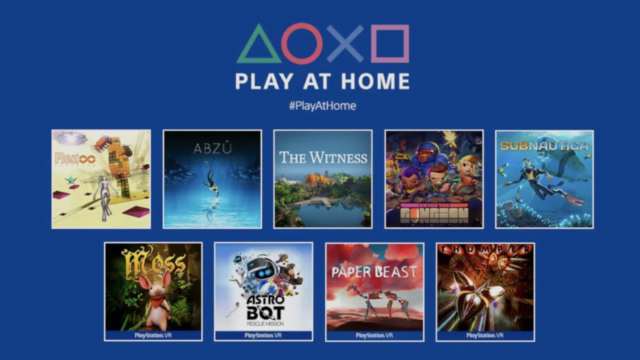 Sony has announced the next wave in its ‘Play at Home’ initiative. For a limited time, all PlayStation 4 and PlayStation 5 owners can acquire 10 games free of charge.

Earlier in February, Sony revealed that it would be bringing back the ‘Play at Home’ program, which offers select PlayStation games for free. Between March 1st and March 31st, players can acquire Ratchet and Clank for free. However, Sony has now expanded the offerings by adding 10 additional games.

Revealed on the PlayStation Blog, Sony will begin offering 10 titles, most of which have been adored. by players. The selection of games covers beloved indie, PSVR games, and the critically acclaimed Horizon Zero Dawn. Starting on March 25th, players can begin redeeming these games. The wonderful aspect of this initiative is that once redeemed, these games are permanently added to your library. There is no need to have an active PlayStation Plus subscription to obtain these games.

The full list of games revealed to be offered include:

Each game listed is backwards compatible so PlayStation 5 owners can redeem the games and play on the new console.