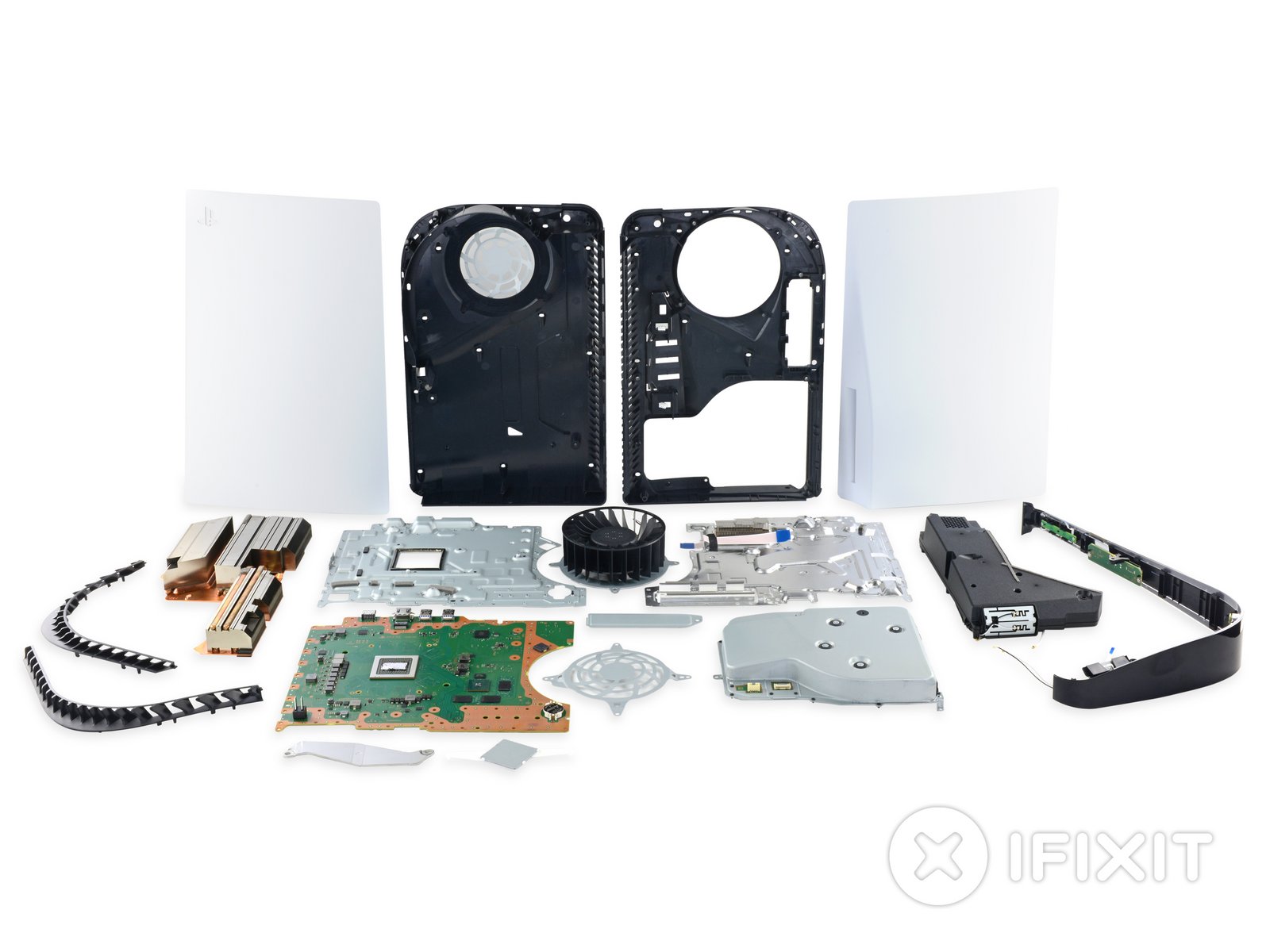 In a press release yesterday, iFixit announced that they finally got to tearing down Sony’s PlayStation 5 — an entire month after the teardown specialists took apart the PS5’s DualSense controller. 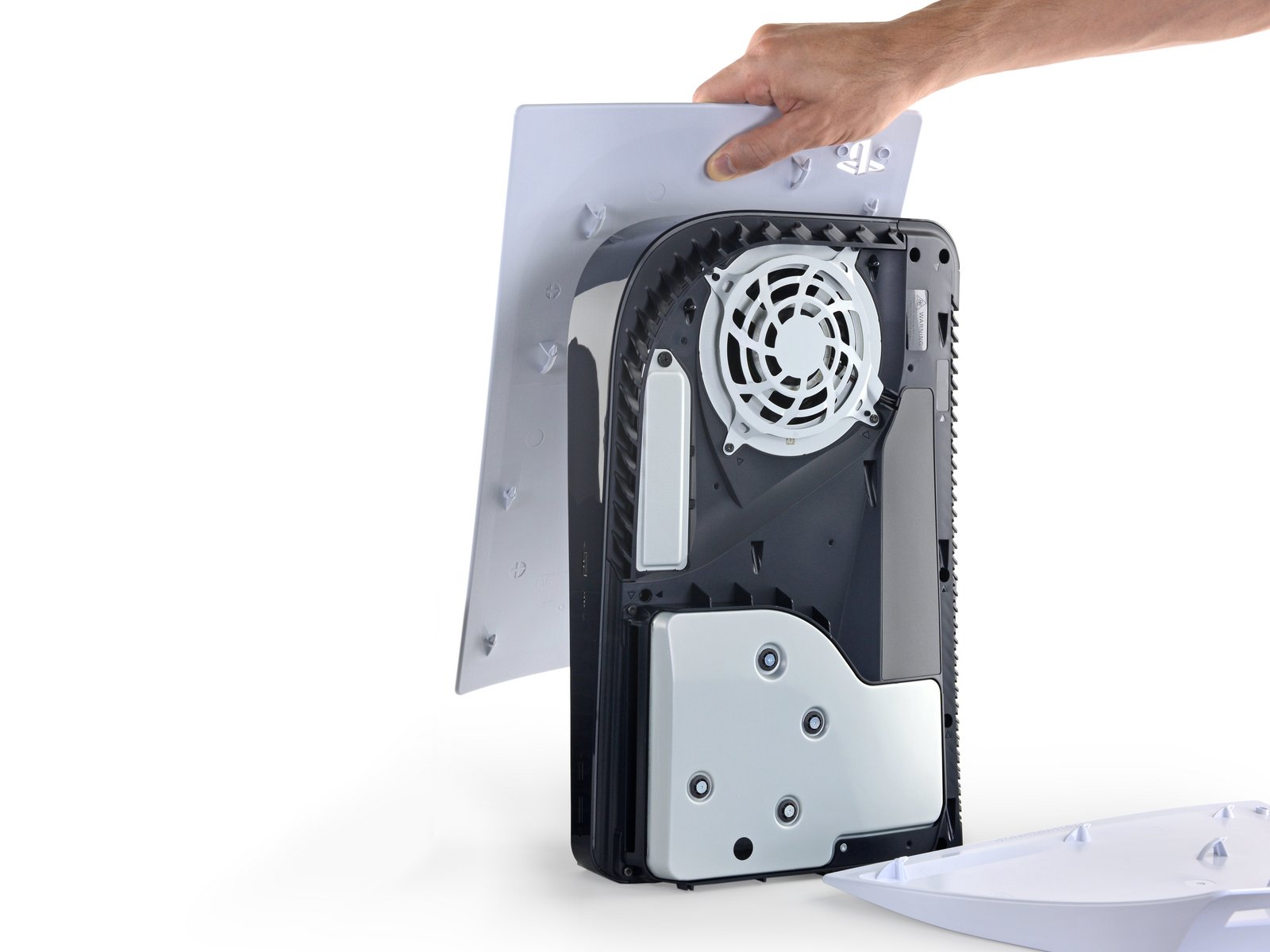 The folks at iFixit were elated to discover that the outer panels of the console are very easy to remove and require no tools — a simple lift-and-slide motion makes them pop off. In addition, the console’s vacuum-able dust ports make cleaning the console a breeze.

The teardown experts found most PS5 components to be modular and, therefore, quite easy to remove and replace. However, the console’s innards are riddled with security screws that make disassembly unnecessarily taxing.

Disappointingly, swapping the optical drive is a no-go — it is bound to the motherboard, and a replacement optical drive simply refuses to read discs thanks to software locks. iFixit also noted that the sealed-in liquid metal TIM will be particularly challenging to replace during service.

While the PS5 does not have a vapour chamber for heavy-duty cooling like Microsoft’s Xbox Series X, it does have a massive heatsink and an array of copper heat pipes that get the job done. The PS5 also has a larger power supply (350W) as compared to the Xbox Series X (315W), with a maximum power draw of 200W while running at full load.

Overall, iFixit gave the PS5 a ‘Repairability Score’ of 7 out of 10, which is the same as the Xbox Series X’s. iFixit‘s teardown of the PlayStation 5 was also accompanied by a video teardown, streamed live to YouTube.

If you’re still unsure of whether or not you should pull the trigger on buying a PS5, you may benefit from our review of the latest PlayStation.

Sometimes, Members of Parliament can work together, especially when it seemingly benefits voters (or when there’s public outrage). According to The Canadian Press, taxpayers will no longer have to pay for the home internet bills of their MPs. The Liberals and Conservatives both agreed to axe members from having taxpayers foot home internet as an […]
Gary Ng
23 mins ago

In celebration of Data Privacy Week, Uber Canada has announced new privacy features for the Uber and Uber Eats apps for consumers. Uber has added industry-first “View as a Driver” and “View as a Delivery Person” features to its apps, which let you select what your driver or delivery person can view. The features are...
Usman Qureshi
34 mins ago

Sony is diving back into the virtual reality well with PS VR2 and I for one have been eagerly awaiting this new generation. The original PSVR showed a lot of promise but was held back slightly due to over-encumbering setup solutions and archaic accessories. PS VR2 feels like a fresh start not only for Sony...
Steve Vegvari
42 mins ago