Sony Signalling a Departure from iTunes? 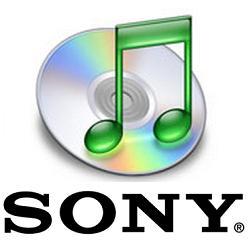 The iTunes Store began with Sony Music Entertainment, as one of the original five major record labels that signed on with Apple, back in 2003. Apple and Sony have worked together for quite some time, but it appears the relationship has soured ever since Apple rejected Sony’s iPhone app.

Sony and Apple at “War”?

The latest story from TheAge.com, is that Sony has hinted it will ditch iTunes and open up their own music store. Sony already launched a cloud streaming music service in Europe last year, called Music Unlimited.

Here is what CEO of Sony Computer Entertainment, Michael Ephraim had to say:

“If we do [get mass take up] then does Sony Music need to provide content to iTunes?” Mr Ephraim asked. ”Currently we do. We have to provide it to iTunes as that’s the format right now.

”Publishers are being held to ransom by Apple and they are looking for other delivery systems, and we are waiting to see what the next three to five years will hold.”

Music Unlimited would eventually move to portable devices such as Sony’s PlayStation Portable and Sony Ericsson phones, Mr Ephraim said, but the company is not saying whether that will include devices made by competing manufacturers.

Sony Has Too Much Invested in iTunes to Leave Now

Sony has more to lose in this deal if they decide to leave iTunes. They need to remember that Apple has over 120 million iTunes accounts attached to credit cards, ready for one-click purchases. Couple that with the millions of iOS devices (iPhones, iPads, iPod touches) sold, and they will be missing out on a huge market of music lovers.

Purchasing music through iTunes is easy, and many people are familiar with it. If customers can no longer find Sony’s music library on iTunes, they will turn to other non-paying means to acquire it, or hit up competitors.

Can Sony afford to gamble on their relationship with Apple, only to support their own cloud music service? If early signs of the Sony Playstation phone are any indication, I would tell Sony to stay put. It’s not worth it.