Yesterday 9to5Mac posted some purported leaked images of metal-backed shells for the next generation iPhone 5 in both black and white. Now, they report sources have told them these are in fact being tested internally:

…sources in position to know say that the structure of the shells do match up with what is being tested internally. Namely, the redesigned bottom portion of the iPhone with the moved headphone jack and smaller dock connector are present on at least one of the longer iPhones that Apple is testing internally.

Yesterday, speaking at the D10 conference, Apple CEO Tim Cook stressed Apple possessed an advantage over Android because it was not fragmented and had only one screen size and resolution, making it easy for developers:

Our north star is to make the best product. Our objective isn’t to make this design for this kind of price point, or for this arbitrary schedule, or line up other things or have X number of phones, it’s to build the best.

And so that doesn’t preclude, there’s not a policy or a commandment, Thou Shalt Have One or whatever. We have an overriding belief of making the best. And so if we find we can do more, great. Do we have to? I think one of our advantages is that we’re not fragmented. If you look at when we introduce a new OS, iOS 5, it’s amazing the percentage of our installed base that’s on the latest OS. That’s not true on Android. We have one App Store. It’s simple and straightforward and all the apps are there. We have one phone with one screen size and one resolution, and so it’s pretty simple if you’re a developer.

Did Cook hint the next iPhone 5 would remain at the same 3.5 inches? At the same time, he also reiterated Apple was going to ‘double down’ on secrecy of its products:

We’re going to double down on secrecy on products. I’m serious. However, there’s going to be other things where we’re going to be the most transparent company on the world. Like social change. Supplier responsibility. What we’re doing for the environment. We think that transparency is important in these areas, and if we are, other people will copy us.

With that being said, what are the odds of these alleged leaked cases and shells being real? If they are being tested internally, we most likely won’t see them when the final design launches, most likely to take place again this Fall if history repeats itself. 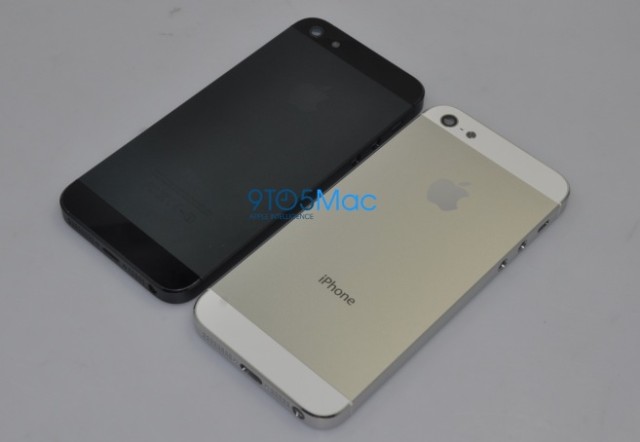