Maytree, South Korean a cappella group that released impressive vocal interpretations of Windows sound effects earlier this year, has now released a video of their next impressive showcase i.e. re-creating the sounds of the iPhone (via The Verge). 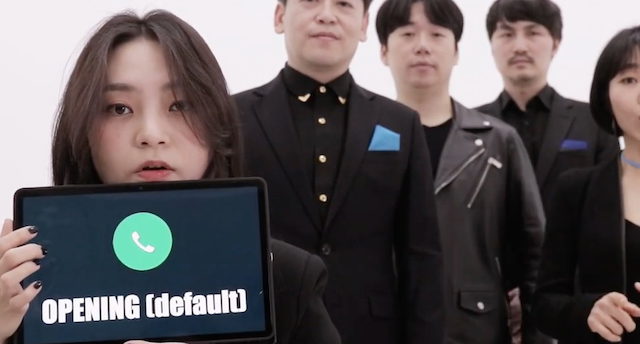 The video, which is just over a minute long, covers a lot of ringtones, including the familiar “Opening” ringtone, the classic “Marimba” ringtone, as well as the “Strum” ringtone. They have also re-created the blaring “Alarm” ringtone.

The group also re-creates some system noises, including the sounds of text messages being sent and received, and the iconic iPhone lock sound.

Eero, an Amazon company, has just announced a new range of WiFi solutions, including eero PoE 6 and eero PoE Gateway Power-over-Ethernet (PoE) devices, for setting up faster, reliable WiFi networks at homes and businesses. The eero PoE 6 is a dual-band Wi-Fi 6 PoE access point that provides up to 2,000 square feet of coverage...
Usman Qureshi
3 mins ago

Amazon today announced at its special event an update to its best-sounding Echo speaker, the Echo Studio. This speaker is now available in Glacier White, joining Charcoal, while it also gets some enhanced audio technology updates, that will be available for all existing and new users. New custom spatial audio processing technology and frequency range […]
Gary Ng
12 mins ago

Apple's new Crash Detection feature, available on iPhone 14 and the company's latest Apple Watch models, is designed to automatically contact emergency services in the event of a severe car crash.  However, it can sometimes mistake a rollercoaster ride for a car crash (via Reddit). One Reddit user found this out the hard way when...
Nehal Malik
29 mins ago