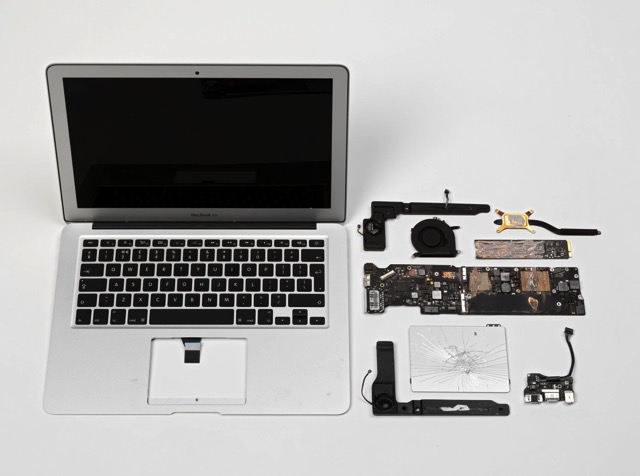 As reported by Re/Code, a MacBook Air that has been put on display at Britain’s Victoria & Albert Museum isn’t there to showcase the product’s cutting edge design or its internals. In fact, it’s the same MacBook Air that was destroyed by Guardian employees back in 2013 following orders of British intelligence officials, because the paper had used it to store data leaked from former NSA contractor Edward Snowden.

It’s part of an exhibit about “the museum as a public space and the role of public institutions in contemporary life,” and it’s the featured piece in a display about “the contradiction between our concern for online privacy, and our obsession with sharing via social media.”

There are other items on display which include the CryptoPhone 500, a secure, military grade mobile phone; others include an Onion Pi router which enables users to browse the internet anonymously and a selfie stick with a remote shutter release.

Here’s a video from the day Guardian destroyed Snowden’s hard drives under the watchful eye of GCHQ: