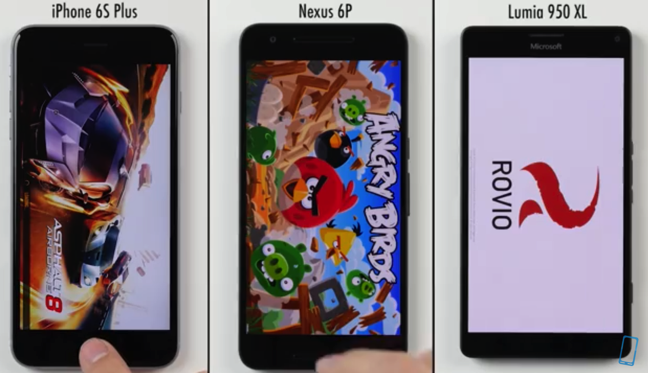 The folks over at PhoneBuff have put the three flagship smartphones i.e. Apple’s iPhone 6s Plus, Google’s Nexus 6P and Microsoft’s Lumia 950 XL, up against each other in their traditional speed test to find out which tech giant’s latest smartphone offers the best overall performance.

As you can see in the video embedded below, the iPhone 6s Plus takes the lead just after the initial few seconds and continues to smoke the other two devices, virtually showing no signs of lag, till the very end. With the iPhone simply cruising through the two speed test cycles, the other two devices seem way behind, especially the Lumia 950 XL, despite an extra GB of RAM each.

Take a look for yourself and share your thoughts with us in the comments section: