Speed Test Comparison: iPhone 7 vs Every iPhone Ever Made [VIDEO]

We know the iPhone 7 and iPhone 7 Plus are the ‘best’ iPhones ever made, according to Apple. But how do these new models compare to their predecessors in speed tests and beyond? 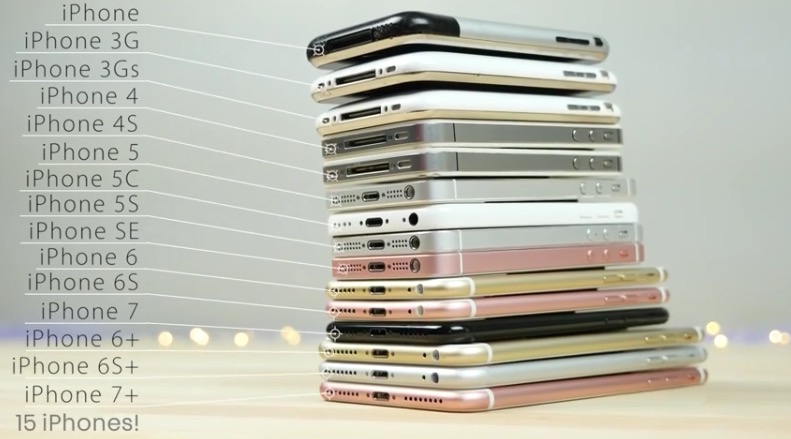 EverythingApplePro has released yet another painstakingly made video, showing the iPhone 7 and iPhone 7 Plus versus the iPhone 6s/6s Plus, iPhone SE, iPhone 6/6 Plus, iPhone 5/5s/5c, iPhone 4/4s, iPhone 3G/3GS and original iPhone. That’s 15 total iPhones taking part in this showdown.

There are a variety of tests performed, such as: boot up tests; benchmarks with Geekbench and AnTuTu; HTML 5; camera tests; audio decibel levels; heat tests; Touch ID; and the front-facing FaceTime cameras.

In a heat test, where the phones were put under duress, the iPhone 7 and iPhone 7 Plus measured 103.1 and 98.2 degrees in Fahrenheit respectively, cooler than their predecessors at 101.6 and 98.9 degrees. Check out the video below:

How do you find your iPhone 7 and iPhone 7 Plus right now compared to previous generations?