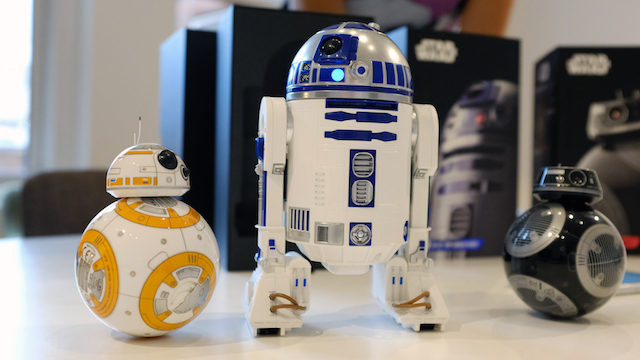 Sphero, makers of the popular app-controlled robotic ball, have recently laid off 45 staff members globally following a disappointing holiday season. According to TechCrunch, the majority of the layoffs were centered in the company’s Colorado headquarters, but staff cuts also affected its global offices in the U.K. and Hong Kong.

“We restructured our team on Friday to better align with our product needs,” a spokesperson for the company told TechCrunch. “As we look to our product development schedule for 2018 and beyond, we weren’t going to go that deep, so we had to make some changes for how the teams were structured.”

Last year, the company released new toys based on R2D2, The Last Jedi‘s BB-9E, Spider-Man and Pixar’s Cars franchise, along with a Sphere Mini. The recent move however is a step back for the company and also a surprising one since the startup had previously bolstered its headcount to meet the demands of its much accelerated output.

It now appears that Sphere will be investing much more of its existing resources into the education side of its business. CES last week was full of companies big and small pushing into the category of educational robotics with a variety of different platforms. “[Education] is something we can actually own,” the company’s spokesperson said. “Where we do well are those experiences we can 100-percent own, from inception to go-to-market.