Better jump on this one while you can, folks. Spigen Canada has their iPhone 6/6s Slim Armor cases on sale on Amazon.ca, ranging from $4.99 to $6.99 (and higher for those not on sale) depending on colour. These qualify for free shipping on orders over $25. If you go through Spigen’s store shipping is free says RFD.

The cheapest Slim Armor (which comes with a built-in kickstand) is the Champagne Gold version for just $4.99, fulfilled by Amazon (meaning Prime eligible). 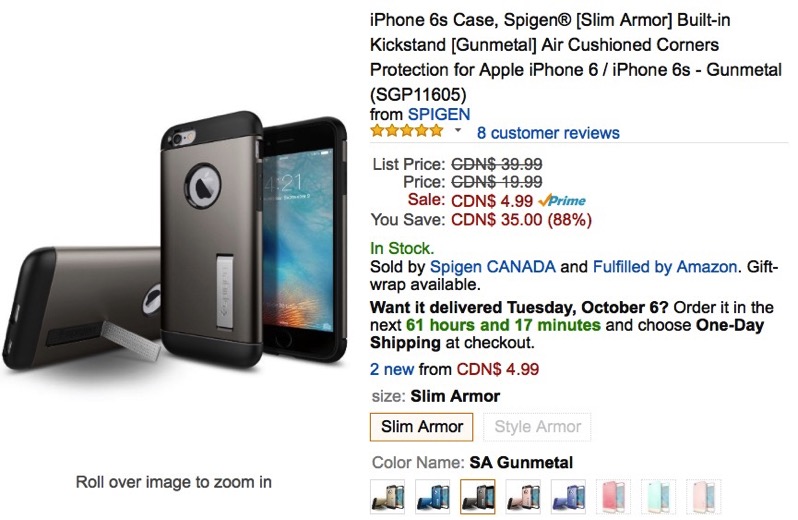 Update: if you go directly through Spigen’s Amazon store you an get free shipping.

Click here to buy your Spigen iPhone 6/6s case before they sell out (deal was posted on RedFlagDeals)!