If you are looking for a thin fit case for your iPhone 6/6s, check out the sale on Amazon.ca for the Spigen Thin Fit, currently on sale for 70% off at $12.99, which is the lowest price ever on Amazon.ca according to price tracker Camel Camel Camel. 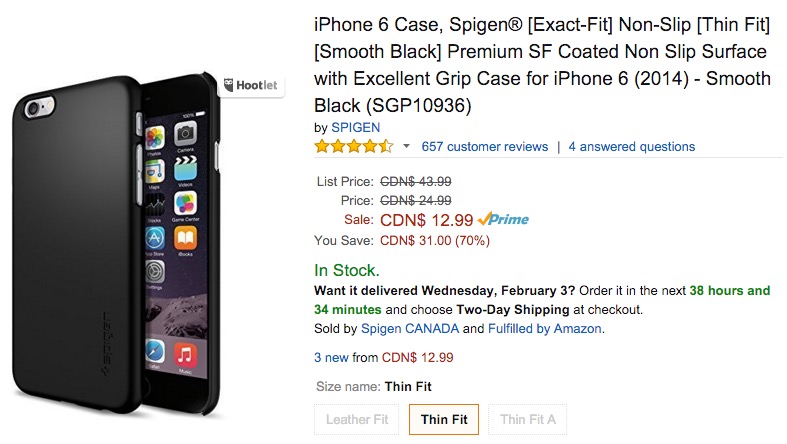 The case’s packaging says it’s compatible with the iPhone 6 and iPhone 6s. The highlights of the Thin Case is that it’s geared towards minimalists, so the thin design means you give up some drop protection compared to something from OtterBox. But if you just want a thin extra layer to prevent from minor bumps and bruises, this may be an affordable option. 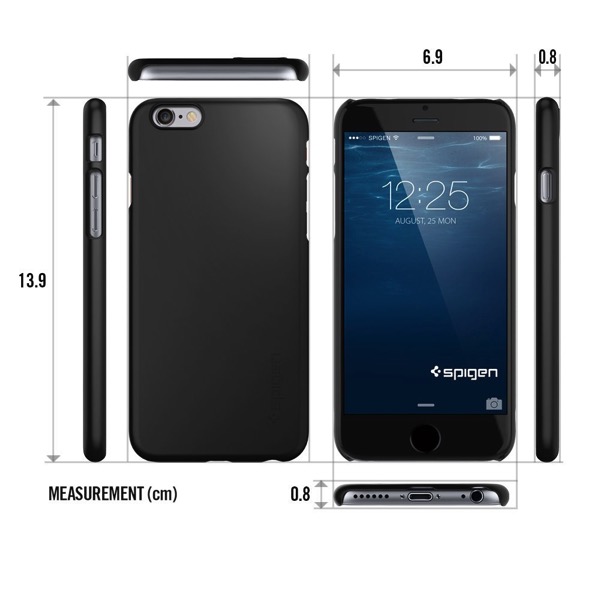 Click here to jump on the Spigen Thin Fit case while it’s still available. It’s eligible for free shipping (on orders over $25) and is also Prime eligible.