‘Spiral: From the Book of Saw’ Now Available on PVOD in Canada 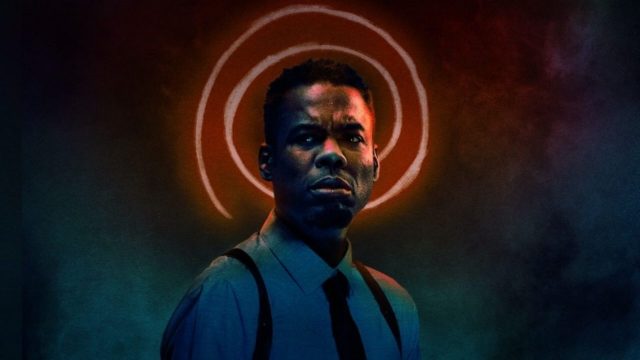 After two weeks of theatrical exclusivity, ‘Spiral: From the Book of Saw’ is now available on PVOD services in Canada.

Liongate’s ninth film in the ‘Saw’ universe was deadset on a theatrical-only release. However, as far as many provinces in Canada go, that meant a limited release in the country. Early on into its theatrical release, it became more clear that a transition to offer PVOD could be on the table.

Starting today, ‘Spiral: From the Book of Saw’ is available to rent and stream on PVOD platforms such as iTunes, Google Play, Amazon Prime Video, and the Microsoft Store. The film is available for $24.99 CAD and like previous films to hit PVOD, viewers have a 48-hour window to watch the film after starting it and 30 days to begin watching the film.

‘Spiral: From the Book of Saw’ is directed by ‘Saw’ franchise alum Darren Lynn Bousman, who directed ‘Saw II’, ‘Saw III’, and ‘Saw IV’. The movie was penned by Josh Stolberg and Pete Goldfinger. The film was primarily shot in Toronto, Ontario.

The film is a pseudo spinoff and soft reboot of the franchise. Set in the same universe, Ezekiel ‘Zeke’ Banks, played by Chris Rock works as a detective under the shadow of his father Marcus Banks, played by Sameul L. Jackson. Alongside his rookie detective partner, William Schenk (Max Minghella), Zeke Banks investigates a string of murders conducted by a possible Jigsaw copycat killer.

Apple today released iOS 16 beta 5 and more for developers today. These new releases included some new features, such as bringing back the battery percentage to the battery icon in the status bar on iPhone. Also, for finding devices such as your iPhone from Apple Watch, there’s a new alert sound. Some other minor...
Gary Ng
13 hours ago

Your Apple Watch can help you find your iPhone if it’s nearby. Simply Touch and hold the bottom of the screen, swipe up to open Control Center, then tap the Ping iPhone button. As a result, your iPhone makes a tone so you can track it down. In the latest beta release of iOS 16,...
Usman Qureshi
16 hours ago