As noted by MacRumors, the full suite of Microsoft Office apps for iPad, including Word, PowerPoint, and Excel, has just received an update, with the much-awaited Split View support coming to Word and PowerPoint, among other improvements and performance enhancements. 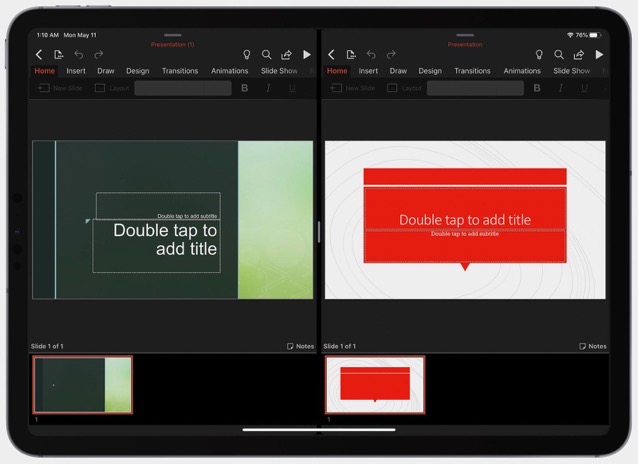 For those who aren’t aware, Split View on iPad lets users open two documents simultaneously side-by-side. The feature can be accessed by touching and holding on a document in any file view and then dragging it to the left or right side of the screen.

To exit Split View, simply grab the slider in the middle of the screen and drag it to either the left or right to close one of the documents and take the remaining one full-screen.

Additionally, the Office apps for iOS have also received Read Aloud support, meaning Word can now automatically select a natural sounding voice for the text language in your document and read it for you.

You can grab the updates for free from the App Store at this link.