Spock! Beam me up! 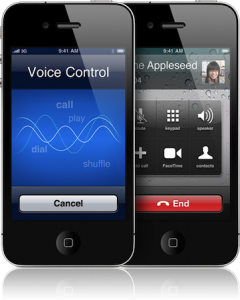 Who wouldn’t love to have a Star Trek-type communication device, that they could whip out and command it to do something? OK perhaps ‘beaming’ is a bit beyond today’s technological capabilities…how about “Spock! Play Doodlejump!” or “Scotty! Download updates!”.

Job postings from Apple show they are looking for one â€œiOS Speech Application Engineerâ€, two â€œSpeech Recognition Engineersâ€ and one â€œSenior Speech Research Scientistâ€. Looks like they are preparing to beef up iOS in the speech recognition area for future releases (or so the job updates would appear to suggest). Apple does appear to be playing catch up with Google in that respect but I suspect Steve doesn’t like playing second fiddle to anyone for too long.

Yes basic speech recognition capabilities already exist with Voice Control, and while they are handy, they are pretty limited. True, some third-party apps exist that extend the functionality even more, but imagine being able to fully interact with all applications with just your voice? I love the idea and fully expect to see all smart phones continue to evolve in that direction.

I wouldn’t expect to see iOS 5 with complete voice-command integration but who knows? Well, I know one guy who does but right now he’s not telling!