If you’re looking for another place to buy an Apple Watch, time to visit Sport Chek, as the retailer now sells Nike+ models, Series 2, Series 1 and some accessories. 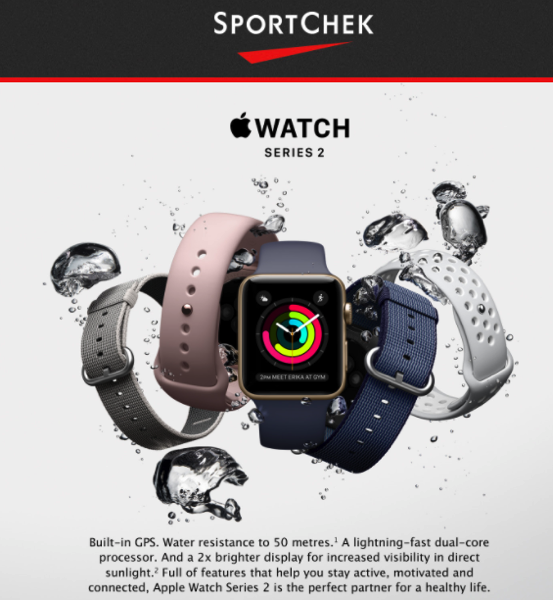 Prices are the same as Apple.ca, but the next time there is a Sport Chek sale or coupon available, you could try to apply it to an Apple Watch and save a few bucks. It’s also another avenue for potential Apple Watch customers to purchase the smart watch, if they don’t have an Apple retail store in their area or an official reseller of Apple products.